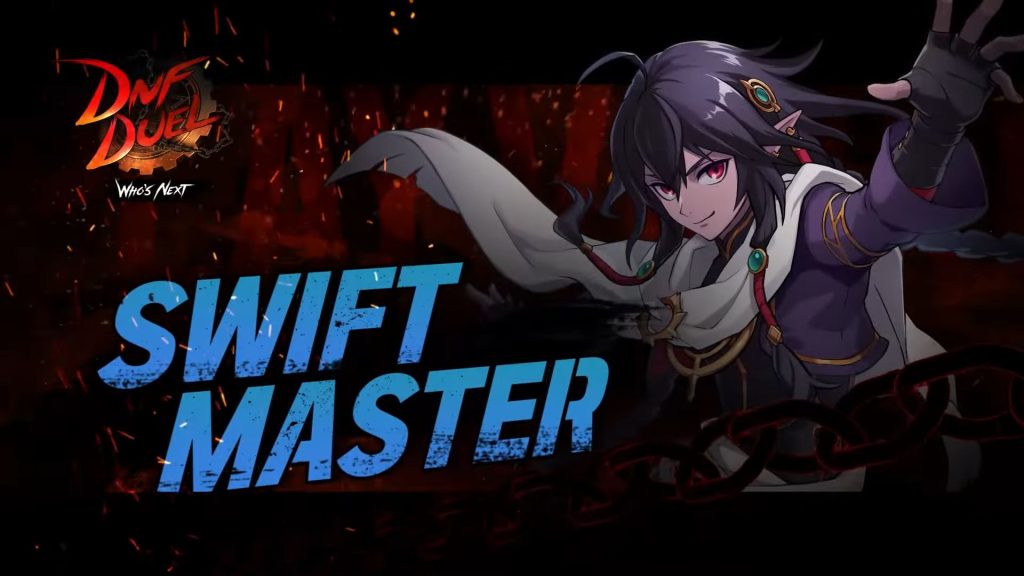 Nexon continues to roll out trailers announcing the remaining roster of DNF Duel. Today’s trailer unveils the Swift Master, a mage with power over the wind. Despite his stature and lack of weapons, he’s still capable of quickly dashing around and decimating foes.

Some of his abilities include pulling opponents in, quickly slashing them and even keeping them suspended in the air with small tornadoes. The Swift Master can also deploy tornadoes around him for even more hits. His Super Move consists of multiple quick strikes before lifting the enemy in a massive tornado and then punching them back down to Earth.

DNF Duel is out on June 28th for PS4, PS5 and PC. The roster at launch consists of 16 characters with two more still to be revealed. Stay tuned for more trailers in the meantime and check out yesterday’s reveal of the Troubleshooter here. You can also watch Launcher’s reveal here.