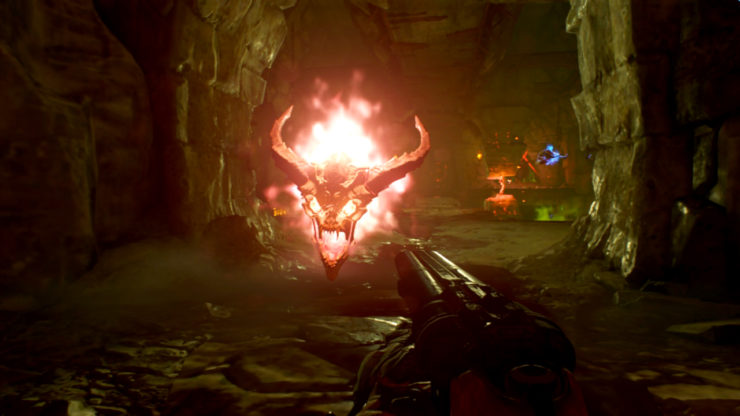 DOOM’s Nintendo Switch version was nothing short of a technical miracle, given that it is DOOM running on the Nintendo Switch, something that absolutely should not be happening—yet here we are. And even though the Switch port is a year old at this point, it seems like developers Panic Button haven’t forgotten about it.

In fact, to commemorate the 25th anniversary of the original DOOM in their own way, they have launched a brand new update for DOOM for Nintendo Switch. Version 1.2, as they announced on their Twitter, optimizes the game’s performance further, makes it possible for you to add players you last played with as friends on the system, and even, finally, adds support for the video recording feature on the Switch.

The update comes in at 350MB, which actually is pretty small for everything that it does, but Switch games in general have far smaller file sizes than their Xbox One and PS4 counterparts, so the patches being concurrently smaller makes sense too.

We got you a little something – an update to DOOM for #NintendoSwitch with increased performance, and you can now add recent players to your Friend List.