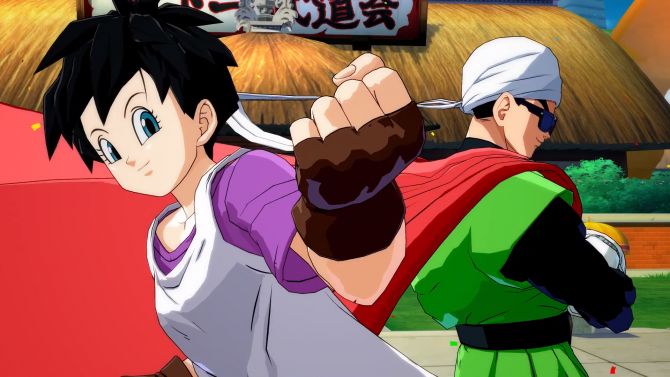 Jiren is as you’d expect – overwhelming, arrogant, and cold-hearted, unleashing a number of explosive moves. Videl is interesting because she fights on her own, but also has the Great Saiyaman (aka Gohan) to back her up. The two can unleash various team-up attacks during battles, and also generally look cool together.

Other fighters coming to the FighterZ Pass 2 include Broly from Dragon Ball Super (who differs from Dragon Ball Z’s Broly) and Super Saiyan Blue Gogeta (Dragon Ball Super). Two more unrevealed fighters are also included with the pass, and it should be interesting to see who they are. Dare we hope for Ultra Instinct Goku? Time will tell, so stay tuned.