Dragon Quest Builders 2 Launching In The West On July 12

Plenty of new gameplay footage for the game has also been released. 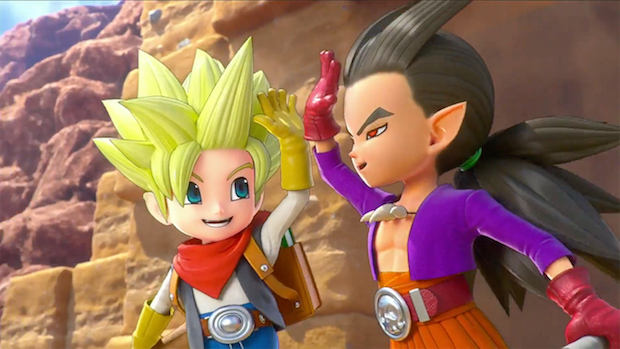 Dragon Quest Builders 2 launched in Japan a couple months ago, and though we’d known for a while that a Western release of the game would be coming at some point, there were plenty of question marks over when that would be. Square Enix have now put those questions to rest, and announced that Dragon Quest Builders 2 will be launching in the West on July 12 for the PS4 and Nintendo Switch.

Plenty of new gameplay footage was also shown off. During yesterday’s Nintendo Direct, we got to see a short, minute-long trailer, which confirmed the release date for the game, while also giving us glimpses of several interesting looking features, such as a first person mode, as well as the game’s retro-inspired map. You can take a look below (the video’s timestamped, so all you need to do is hit play).

Meanwhile, a second, meatier trailer for the game was also released separately, which went into the actual gameplay a lot more, showing building mechanics, a little bit of combat, some interactions with NPCs, additional building options, quality of life improvements, and a lot more. Dragon Quest Builders fans are sure to appreciate what they see in here and will be quite excited about what the sequel has in store. You can view the trailer below.

This isn’t the only Dragon Quest related news we’ve received over the last day. Details on the Switch’s upcoming release of Dragon Quest 11 S were also given out, from new additions and content to a launch window for when it’ll be coming out. Read more on that through here.