Metal: Hellsinger on Xbox One, Hello Neighbor 2, LEGO Star Wars: The Skywalker Saga, and more are also coming this month. 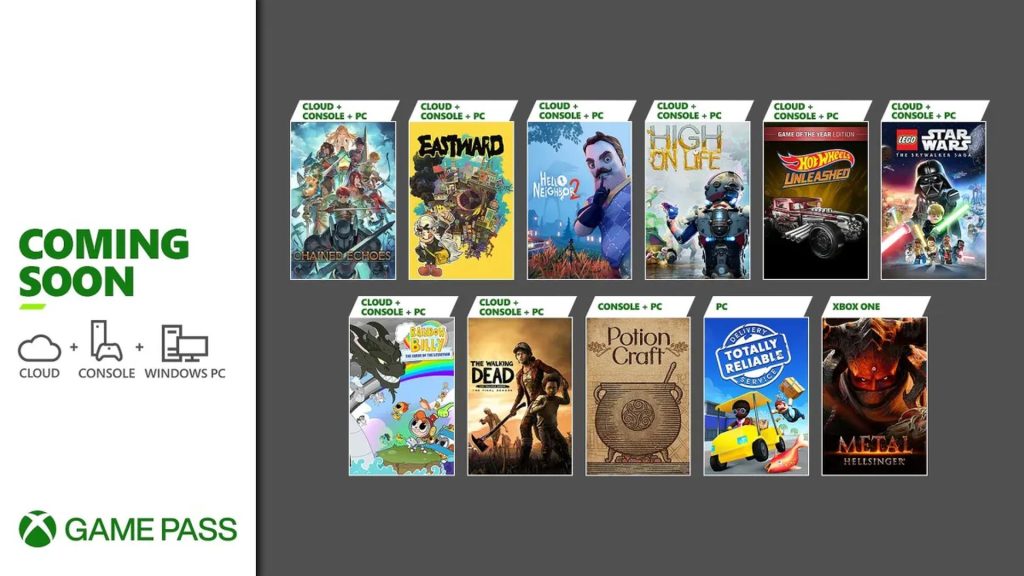 UPDATE: Microsoft has confirmed in an update on Xbox Wire that Hot Wheels Unleashed – Game of the Year Edition’s Game Pass launch has been delayed. A new date will be confirmed later.

“Hot Wheels Unleashed – Game of the Year Edition is no longer coming on Dec 15, 2022 as previously announced. We will update with a new date when we have more information to share,” the update reads.

Microsoft has announced the first wave of titles coming to Game Pass in December 2022, starting with the 2D adventure title Eastward and Telltale’s The Walking Dead: The Final Season. Both are available starting today for Xbox consoles, cloud, and PC. Totally Reliable Delivery Service is also available for PC subscribers.

As announced earlier, LEGO Star Wars: The Skywalker Saga comes to the cloud, consoles and PC on December 6th. tinyBuild’s Hello Neighbor 2 is also available on the same day for the same platforms, followed by retro-style RPG Chained Echoes and Metal: Hellsinger (specifically for Xbox One) on December 8th.

On December 13th, High on Life and Potion Craft are available for cloud, consoles and PC. Hot Wheels Unleashed – Game of the Year Edition and Rainbow Billy: The Curse of the Leviathan follow on December 15th.

Of course, several titles will leave Game Pass on December 15th. Check out the list below:

Additional titles could be announced at The Game Awards on December 8th, so stay tuned.