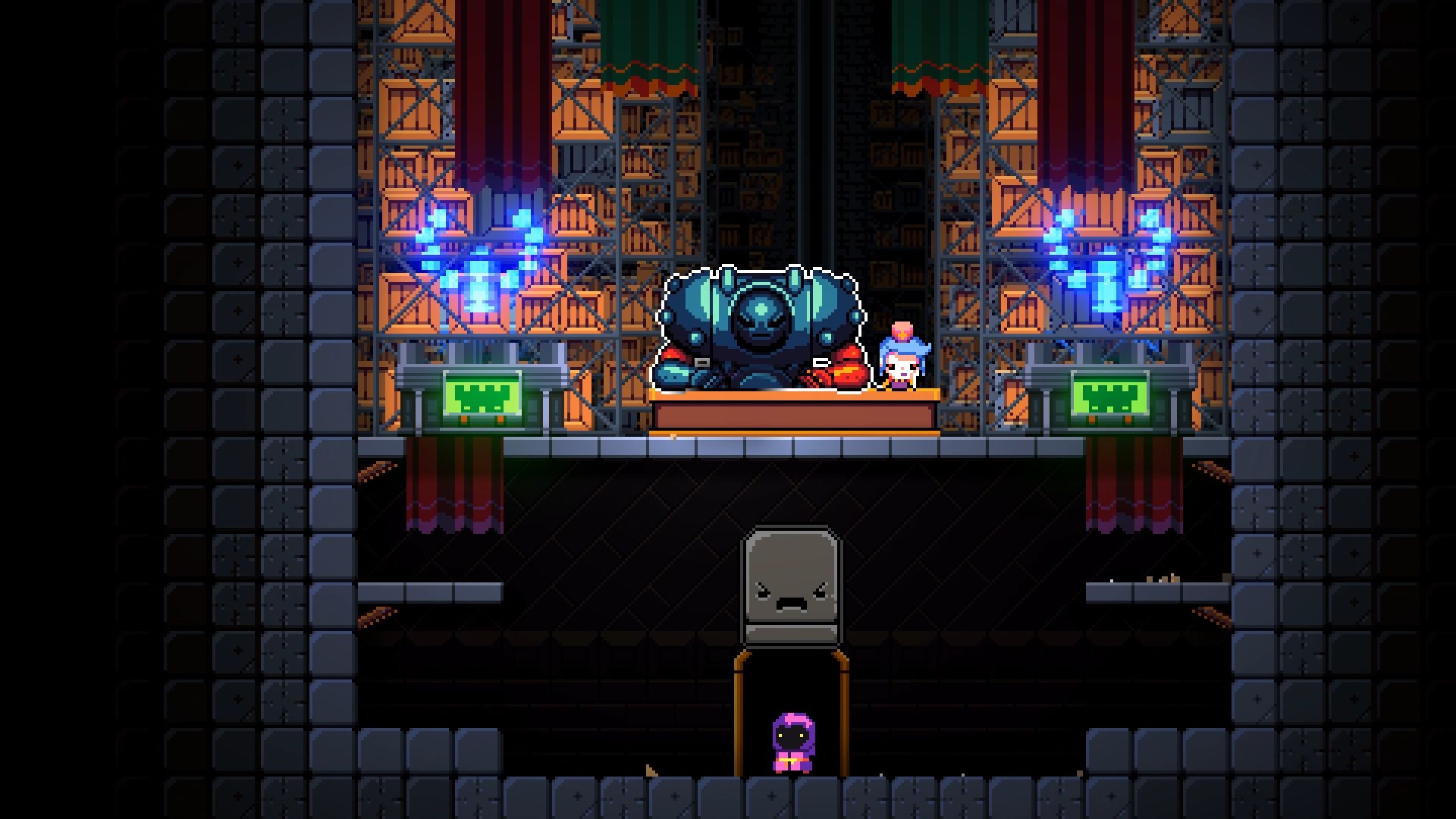 Apple recently announced a release date and price for Apple Arcade along with a bevy of games (including Capcom’s Shinsekai: Into the Depths, which sadly isn’t Deep Down). However, during the announcement, a new game in the Gungeonverse was spotted. Exit the Gungeon is a spin-off of Dodge Roll’s Enter the Gungeon and is co-developed by Singlecore Games. Check out the trailer below.

Unlike its predecessor, which is a dungeon crawler, Exit the Gungeon is more of a side-scroller. Bullet mechanics and dodge rolling are still a thing though. With the Gungeon collapsing, it’s up to you to escape, choosing the classic Gungeoneers, using a transforming weapon and meeting some familiar faces.

Overall, the enemies, bosses and mechanics will look very familiar to Enter the Gungeon fans. Adjusting to the side-scrolling perspective may take some time though. Exit the Gungeon is “coming soon” to Apple Arcade. Other platforms have yet to be confirmed but stay tuned for more details.