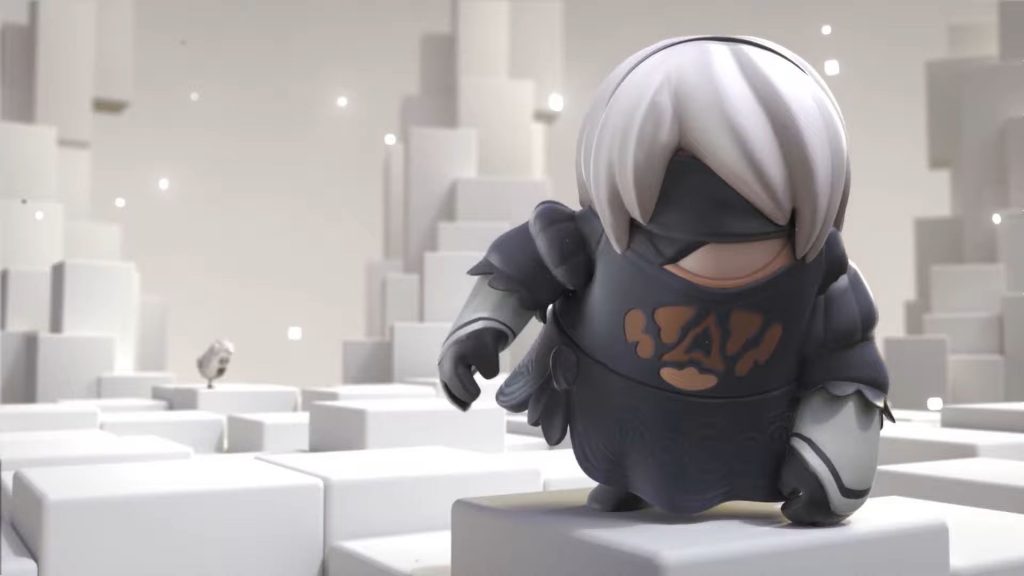 Everyone’s favorite beans will soon become as gods – the NieR: Automata 2B collaboration costume is coming to Fall Guys: Ultimate Knockout on June 18th. It adds a new outfit that resembles protagonist 2B, right down to the hair and blindfold. Check out the trailer below to see it in action.

The collaboration only seems to extend to the costume though so that snazzy stage inspired by the Copied City in NieR: Automata isn’t included in-game. 2B is only one of many collaboration costumes that have graced the party title. The likes of Cuphead, DOOM, Godzilla, Tron and many more have also been added since launch.

Fall Guys: Ultimate Knockout is currently available for PS4 and PC. It was slated to release for Xbox One, Xbox Series X/S and Nintendo Switch this Summer but faced a delay. In the interim, new features like cross-platform play, Custom Lobbies and Player Reporting have been added. Stay tuned for more details on a new release date in the meantime.