Maybe US fans can find it on eBay this fall. 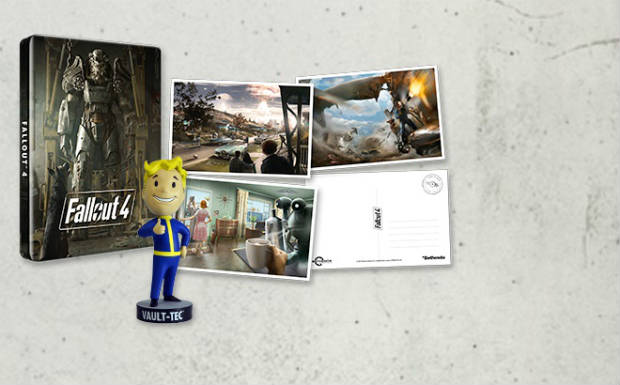 UK retailer GAME isn’t offering something you can wear on your wrist, but the store chain does have a couple of neat baubles you can get along with your preorder with the company. This UK exclusive bundle will nab you a Fallout 4 steelbook, as well as a quartet of postcards sporting themes from the game. You’ll need to preorder the game to get the special bundle, and this won’t be available anywhere in North America, at least for now.

Preordering this bundle will cost £47.99 on consoles with a £10 deposit. You will also be signed up for GAME’s Fallout 4 Club, which will get you a cute little Vault Boy bobblehead. Of course, GAME has had some problems with some preorders for other titles so perhaps you need to be a bit wary if you decide you simply must have this particular bundle. If you do pull the trigger, you won’t have to wait that long to get your hands on this bundle. Fallout 4 is set for release on the PS4, PC and Xbox One on November 10, 2015.