Fallout 76’s next major update is the highly anticipated Wastelanders, which adds human NPCs, dialogue trees and more into the shooter. Private testing for the update is already live for more than 500 players who have provided “fantastic and in-depth feedback” thus far. For everyone else, Bethesda has released some new information on the two major factions that are being introduced in the new update.

The Settlers are the more virtuous, taking up residence in Spruce Knob with their city “Foundation”. They’re led by Paige and are very adept at building. Meanwhile, The Raiders can be found at the “Crater” which consists of the Crashed Space Station. The hanging bodies in their base (as seen in the screens below) coupled with the ruthless nature of leader Meg means players will need to take a different approach to meeting her.

Both locations feature new vendors, lots of NPCs – whose reactions will vary depending on your reputation – and other new places to explore. Bethesda will be talking more about the Reputation System that Wastelands will introduce for Factions so stay tuned for more details. The update is still currently planned for an early release this year. 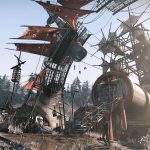 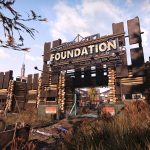 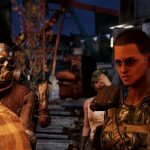 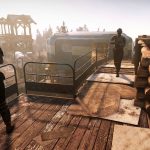