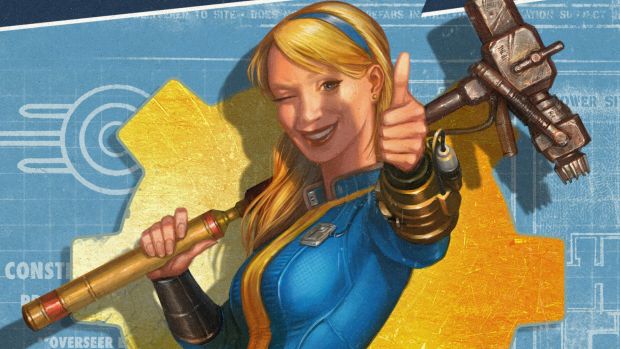 Yesterday, Bethesda suddenly launched a Twitch stream with a statue of Fallout’s Vault Boy and a screen in the background with the words “Please Stand By”. Strange things happened throughout the stream – balloons came and went, Bethesda VP of marketing Pete Hines made some appearances, a Vault Boy sock puppet appeared and dabbed. It was a weird experience that attracted over 140,000 viewers.

Alas, Bethesda did not announce what all the hoopla was about. Some have theorized that perhaps it’s a remaster of Fallout 3 or a Fallout 4 port for Switch. According to Kotaku’s Jason Schreier however, it’s actually a new game which takes the series “in a brand new direction.” More information will likely be coming on May 30th.

Schreier was asked later if the project was Starfield but replied that, “Nope, that’s something else”. We’ve heard Fallout director Todd Howard talk about two new projects, one using the older animation system and the other using a new one. Could this new Fallout be the former while Starfield is the latter?

Either way, we’ll learn more as the day goes by so take all of this with some skepticism. Bethesda’s E3 2018 presser is on June 10th as well so there’s even more to look forward to.

Till then, you can watch Vault Boy as he sleeps. Over 47,000 people are still watching him too.