New screenshots also reveal the chaos that awaits in Yara.

The first Ubisoft Forward presentation culminated in the announcement of Far Cry 6, which was leaked prior to the big reveal. Though no gameplay footage was showcased, a number of details have become available. VG247 revealed that the game has been in development for four years at Ubisoft Toronto with other studios assisting.

A press release also confirmed the protagonist Dani Rojas, who can be either male or female, and the mission to unite the island nation of Yara. That means exploring beaches, jungles, farms and Esperanza, the capital city dubbed “The Lion’s Den.” Players will put together different weapons and vehicles, and can even have different Fangs for Hire like Chorizo, a wiener dog.

Along with the standard edition, Far Cry 6 will also have a number of special editions, namely:

Those who pre-order will also obtain the Libertad Outfit for Chorizo and the Discos Locos, a disc launcher weapon. Far Cry 6 is out on February 21st 2021 for Xbox Series X, PS5, PS4, PC, Xbox One and Google Stadia. Along with a free upgrade from PS4 to PS5, it will also support Smart Delivery for Xbox One and Xbox Series X. 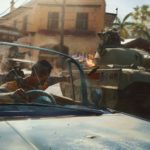 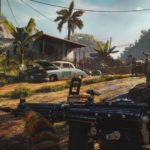 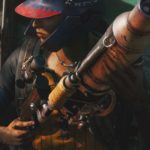 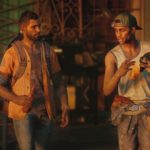 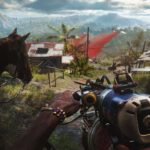