When exploring guerrilla camps, while using the Supremo Backpack, and during cutscenes, Far Cry 6 will shift to a third person camera- here's why. 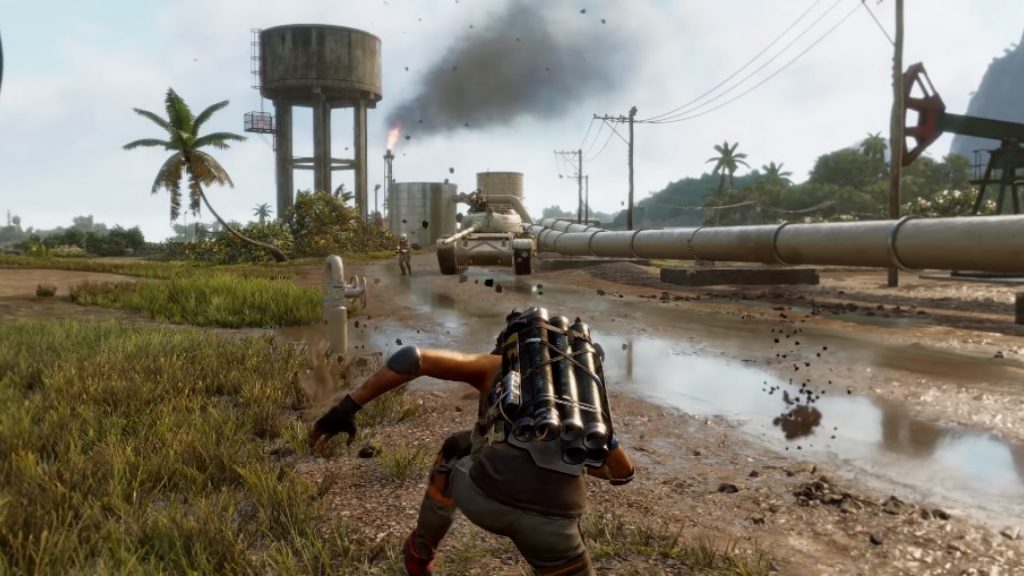 Ubisoft often catches flak for making its games too formulaic and homogenized, even across franchises, but credit where credit is due- Far Cry as a series surely likes to experiment, and the upcoming Far Cry 6 is looking to do just that in several ways. The game’s third person perspectives are just one example of that. This is still a first person shooter, of course, but it will switch to a third person perspective at certain points.

Speaking recently with GameSpot, narrative director Navid Khavari explained that there are “a few reasons” for why that happens. Third person cutscenes have been previously been confirmed, while as was shown during the recent gameplay deep dive, the game also shifts to a third person view when you’re exploring Guerrilla Camps. According to Khavari, all of that is done for the purposes of story, and so players can draw a deeper connection to protagonist Dani Rojas.

Meanwhile, the game will also briefly zoom out into a third person view when you’re using the Supremo Backpack. “In the Supremo backpack moments during gameplay, the third-person transition is intended so players can see all of the backpack’s effects, and better feel its impact in action,” Khavari explained.