The door texture was so bad in the original game that it made the wooden door look metal. Naturally, this spawned several memes. 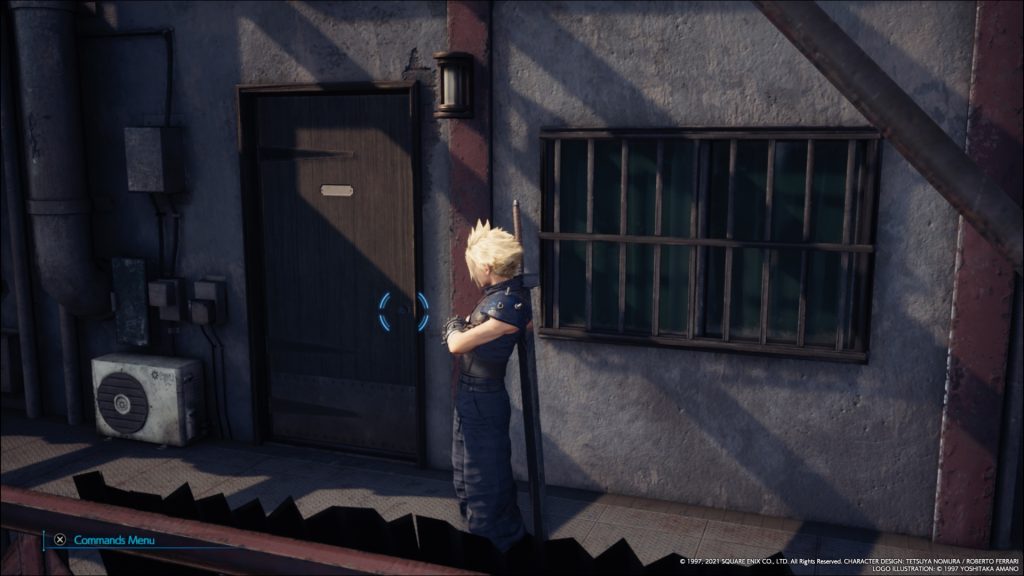 Final Fantasy 7 Remake Intergrade has a lot going for it. It will have a smaller, but still massive, file size than the PS4 version, it will be allowing players to download previously exclusive pre-order and promotional DLC for free, and it will give players access to DLC featuring everyone’s favorite ninja, Yuffie Kisaragi.

But one question lingered in the minds of those who had played the original PS4 version of Final Fantasy 7 Remake. One question, above all, that needed to be answered: would Square Enix finally fix the textures on Cloud’s door? If you’re not in on the joke, the texture in the original game was so bad that people thought doors in the Sector 7 slums were made of metal. The door was supposed to be made of wood.

Naturally, the texture spawned all sorts of memes and internet jokes. Square Enix, however, seems to be aware of the bad the door looked, because it’s now been fixed. The official Final Fantasy 7 Remake Twitter account posted a picture of Cloud standing next to the door on Twitter, and while they didn’t mention the door, it’s clear what the point of the post was. And you know what? It looks a lot better. Good for Square Enix for being able to take a joke.

And here we are. Good ol' Stargazer Heights. pic.twitter.com/8d0P4HQWnb