Stop a rogue AI as the Residents or become the Personoids and blend in, attempting to sabotage the humans in their mission. 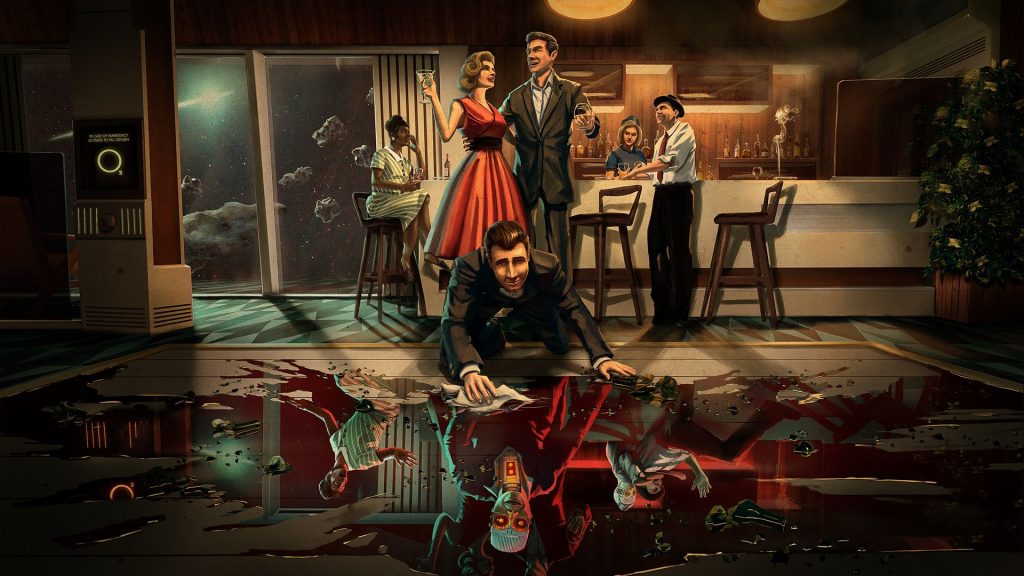 At the recent State of Play, Versus Evil offered a new trailer for Invisible Walls’ First Class Trouble, a party game that’s about social deduction and suspecting everyone. It’s out on November 2nd and will be free on for PlayStation Plus subscribers on PS4 and PS5 (which was also recently leaked). In a new PlayStation Blog post, community lead Dave Hulegaard offered some additional new details.

The game is essentially like Among Us as players are divided into two groups – the Residents and the Personoids. The Residents are human and have to shut down C.A.I.N., the Alithea’s rogue AI. Three keycards are needed to progress to the next level of the ship and get one step closer. The Personoids are essentially machines and must take down the humans before they reach C.A.I.N.

It’s essentially a cat and mouse game but there are a few ways to distinguish Personoids. Residents need oyxgen and Personoids don’t so while the former can republish the ship’s O2 supply, the latter can sabotage it so keep an eye out. Personoids can also pick up keycards and delay the Residents but if they hold on to them for too long – since everyone can see who’s carrying a keycard – then it may give them away.

There are also different passenger logs that will provide hints on a Personoid’s identity. Also, if Personoids don’t dispose of bodies then a corpse scanner can be used to ascertain their identities. All in all, it’s a fairly interesting twist on the formula and should be worth checking out when First Class Trouble launches next week for PS4, PS5, PC, Xbox One, Xbox Series X/S, and Nintendo Switch.