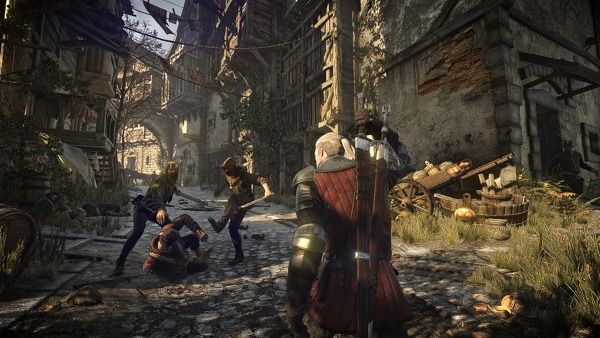 Maciej Szcześnik and Marek Ziemak surprised the world when they suddenly shifted from CD Projekt RED, where they worked on The Witcher 3: Wild Hunt as its lead gameplay designer and gameplay producer respectively, to indie studio 11 Bit. However, in a new interview with Eurogamer, the pair explained that the project is in good hands and their leaving didn’t leave the studio with any hard feelings.

As Szcześnik says, “We did everything to make sure nothing bad happens, there is no bad blood. Other people took our responsibilities and it was quite smooth. It wasn’t like…we were gone the next day.”

Ziemak also remarked that their departure “wasn’t a surprise for the company.” In fact, it took them a few weeks before they finally did leave as they made a slow transition out. Their main reason for joining 11 Bit was to work on something new, especially both have been working on nothing but The Witcher since they joined.

The Witcher 3 is perfectly fine though, and their work on the project has already been wrapped. As for their project with 11 Bit, we’ll need to wait till next month for news so stay tuned.