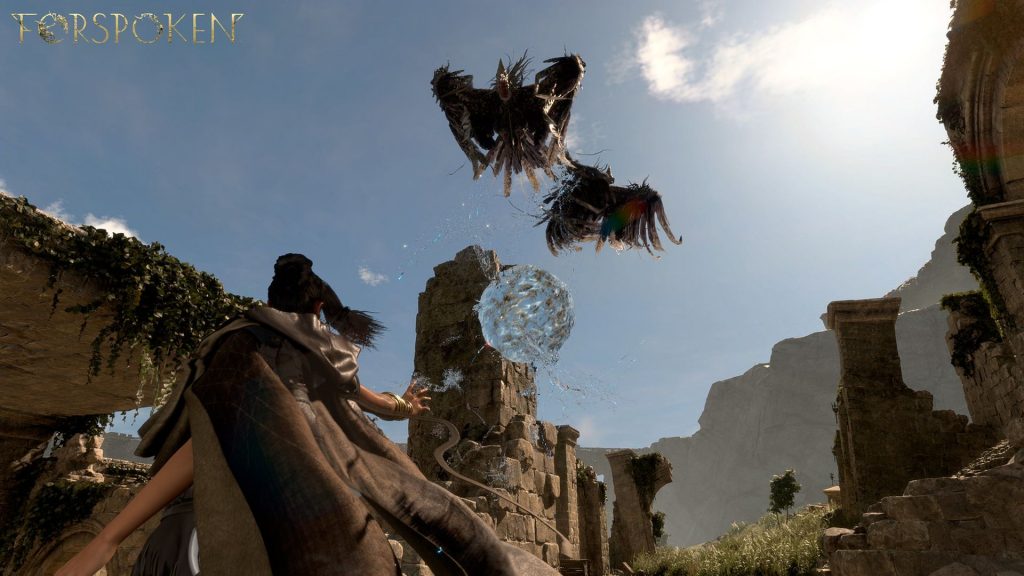 Luminous Productions’ Forspoken is one of many titles from Square Enix’s Tokyo Game Show presentation that didn’t really get a new trailer. However, co-director Takefumi Terada and creative director Raio Mitsuno were part of a Special Program afterwards and provided some new details on Frey, her smart-talking companion Cuff and the magic she can wield.

Residing in New York before being isekai’d to Athia, Frey is described as smart but also somewhat immature, tending to distrust the world at large and masking her own vulnerability with sarcasm. Upon arriving in this new fantasy world, she’s joined by Cuff, a magical bracelet that also talks. Though more details on Cuff are yet to be revealed, Mitsuno said that it’s very important, helping to guide Frey on her journey.

Both characters are described as very blunt and their dynamic as they argue back and forth, sometimes in the midst of battle as well. Overall, expect a lot of dialogues from both throughout the entire story. Terada also spoke a bit about the magic system with Frey being able to set traps or power up her abilities.

Though the development team could specify how many magic types are in the game, there will be a lot and they’re also fairly unique. The wide range of spells was in order to accommodate numerous playstyles, and while some many look to opt for just one style, the battle system encourages them to experiment with different types.

Forspoken is currently set to release in Spring 2022 for PS5 and PC. For more details on the rest of the characters, head here.