The 2020 Koenigsegg Jesko is the fastest car in the game, bar none. Here's how to easily unlock it (along with some alternative choices). 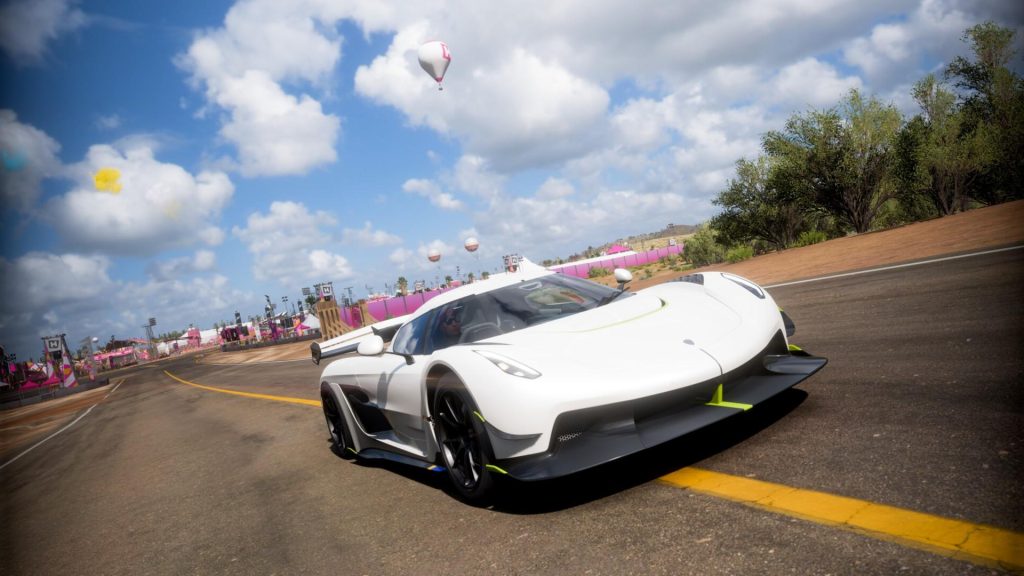 Speed isn’t the only important factor in Forza Horizon 5 but it does play a big part in a number of race types. What is the fastest car in the game though? By all accounts, it’s the 2020 Koenigsegg Jesko which can reach an absurd 308 mph (495 km/h) on its own. Some tuning setups have even been able to push it to 328 mph or 529 km/h. It can be earned via the AutoShow for 2.8 million Credits, via WheelSpin or by completing an Accolade “Cinema Irrealiste.”

To earn the Accolade, you need to play through all 11 chapters for V10 and get 3 stars. This is unlocked via the Horizon Baja Outpost and consists of completing stunts. Once that’s done, the Koenigsegg Jesko is yours. While its Acceleration is decent (6.9) and Offroad is fairly poor (4.4), it’s rated 10 for Speed and Acceleration along with a 9 for Braking. If you’re looking to be unbeatable in a Street Race, then it will work wonders.

Forza Horizon 5 is currently available for Xbox One, Xbox Series X/S and PC. You can check out our official review here along with various tips and tricks here.