Developer Playground Games has revealed a top-down image of the new and whacky open world map that serves as the upcoming expansion's setting. 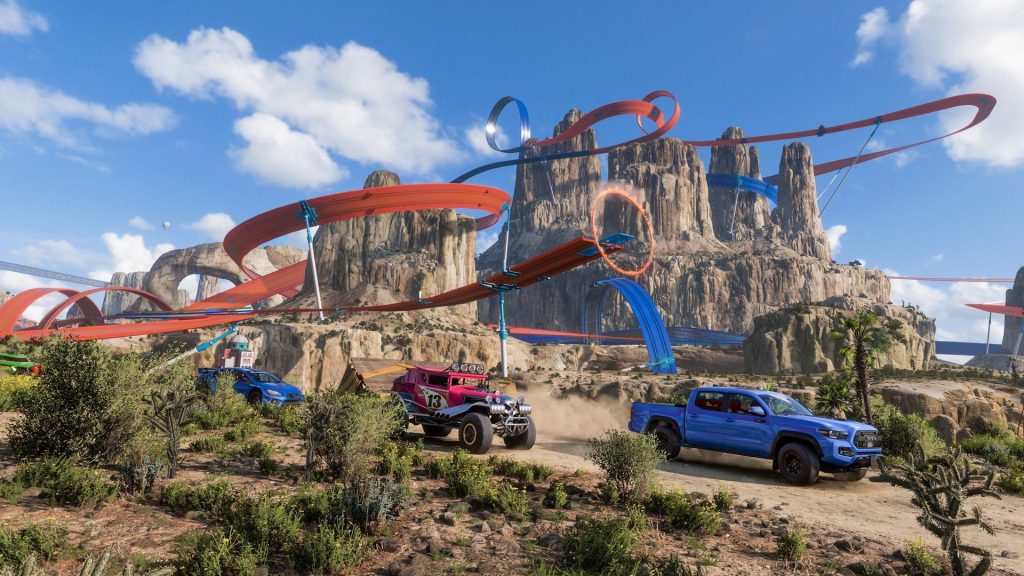 Playground Games’ incredible open world racer Forza Horizon 5 was without a doubt one of the highlights of 2021, so it’s no surprise that there are many out there who’re keenly anticipating the launch of its upcoming Hot Wheels-based expansion (of course, many also have great memory’s of Forza Horizon 3’s Hot Wheels expansion). And ahead of the DLC’s launch, Playground Games has given us a good look at its new map.

Taking to Twitter, the developer shared a top down image showing the entire new map that’ll serve as the expansion’s setting. As Playground has confirmed before, the map floats about the base game’s open world Mexico, and is divided into three separate sections, each a different biome, with each section connected by appropriately loopy Hot Wheels tracks. It looks interesting, to say the least. Check it out below.

Forza Horizon 5: Hot Wheels will launch on July 19 for Xbox Series X/S, Xbox One, and PC.