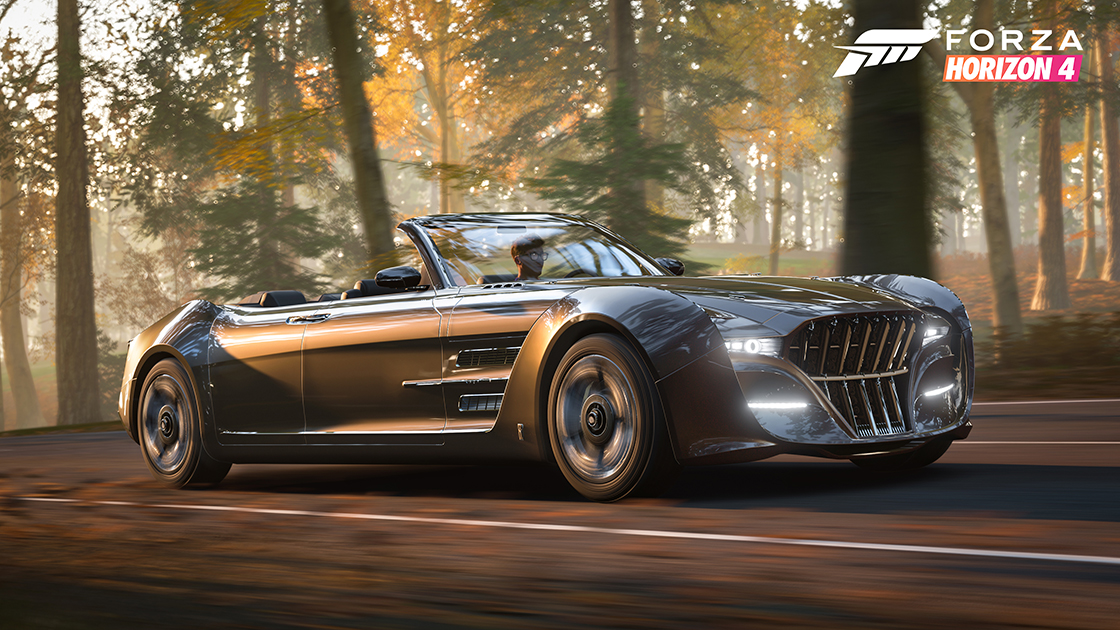 Playground Games’ Forza Horizon 4 has received its newest update with Series 6. Along with changes to the season and new events, there are also new cars to earn. A new Horizon Story called “Skill Streak” is also available, but you have to hit level 60 to access it. If that weren’t enough, not one but two Regalia vehicles from Final Fantasy 15 can be earned. Check out how they handle in the trailer below.

For the new Horizon Story, simply head to Stone Circle and look around for Jaimin. Some of the tasks involve a Bugatti EB110 and a rail yard, so it’s business as usual for a professional driver. Seasonal Playground Games has also been updated to allow players to sign up for events by simply driving to them. New rewards are also on hand, such as the Volkswagen Global Rallycross, Hot Wheels Boneshaker, Lotus 2-Eleven, and a Super Wheelspin for good measure.

Car Pass owners take note – you’ll be receiving two new vehicles with the 1959 Cadillac Eldorado Biarritz Convertible and the TVR Griffith. There are also some new reward cars that can be earned like the 2001 TVR Tuscan S and aforementioned Quartz Regalia vehicles. The Regalia Type D is new to the Forza series with the normal Regalia previously available in Forza Horizon 3. Both Regalias can be earned for free here, and there are more cars like 1994 Honda Prelude Si and 1994 Nissan Fairlady Z Version S Twin Turbo also coming up.