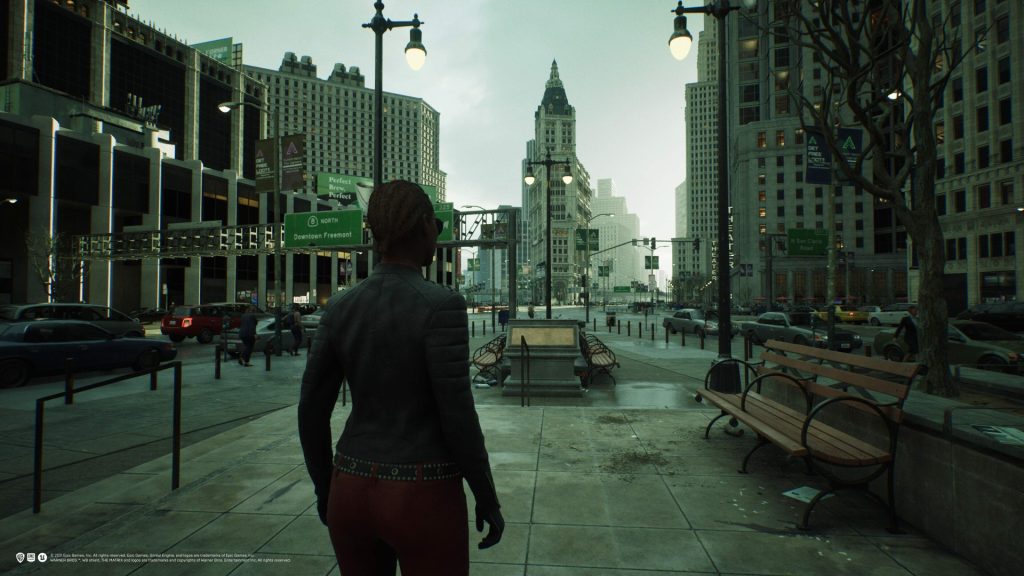 The reveal of The Matrix Awakens, the free playable Unreal Engine 5 tech demo, was one of the most surprisingly well-received ones to come out of The Game Awards, and as numerous tech analyses have demonstrated since then, there’s a lot to be impressed by here. And as recently revealed in an Xbox Wire blog post, Gears of War developer The Coalition provided assistance to Epic Games during its development.

The Coalition have been Unreal Engine experts for quite a while, and earlier this year, made the announcement that it was going to make the shift from UE4 to Unreal Engine 5 (which launched in early access some months back) for its future projects. In the aforementioned Xbox Wire post, it was revealed that while the demo itself was created by Epic Games, The Coalition was responsible for “helping to refine and optimize their vision” on the Xbox Series X/S.

“A primary focus for them was on memory and performance optimizations to fully take advantage of both Xbox Series X and Xbox Series S,” the post explains. “Because the experience features an incredibly large and dense world with a staggering amount of content, the first step was working on memory optimization. In that area, they worked with Epic to ensure the assets in the demo were set up to fully leverage virtual texture streaming and nanite wherever possible and tuned internal memory systems, especially on Xbox Series S, to ensure it all fit in the memory.

“On the performance optimizations side, the teams made some threading improvements to improve utilization of the CPU cores. They also made some Xbox Raytracing optimizations, resulting in performance wins of about 0.5ms. Finally, they enabled Vertical Sync tuning to ensure a stable FPS throughout the experience.”

This isn’t the first time that The Coalition and Epic Games have collaborated for Unreal Engine 5-related work, having showcased a tech demo for the engine at GDC in July this year.

As for what projects we can expect from The Coalition in the future, while Gears 6 is said to be in the works, it’s been suggested that the developer is working on a new IP as it’s next project, which, according to rumours, is going to be more experimental in nature.