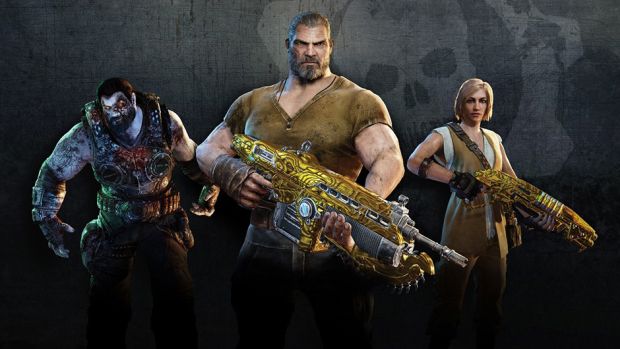 The Coalition’s Gears of War 4 will have some interesting preorder bonuses, namely the Brothers to the End Elite Gear Pack.

This essentially includes three character skins – Tomorrow Anya, Old Man Marcus and Zombie Dom – which provide looks at the classic characters all these years later. The two weapon skins include a Gold Wave Lancer and Gnasher, which are “updated versions of the gold weapon skins awarded to the series’ most-dedicated day one players.” These bonuses will be available alongside retailer preorder rewards and other bonuses like the Vintage Del Pack.

But seriously, a zombie version of Dominic Santiago. How can one possibly resist?

If you purchase Gears of War 4 before the end of the year, you’ll receive digital versions of the previous four Gears of War titles. These are Xbox 360 titles that will be playable on the Xbox One through backwards compatibility.

Tagged With: gears of war 4, Microsoft, the coalition, windows 10, Xbox One