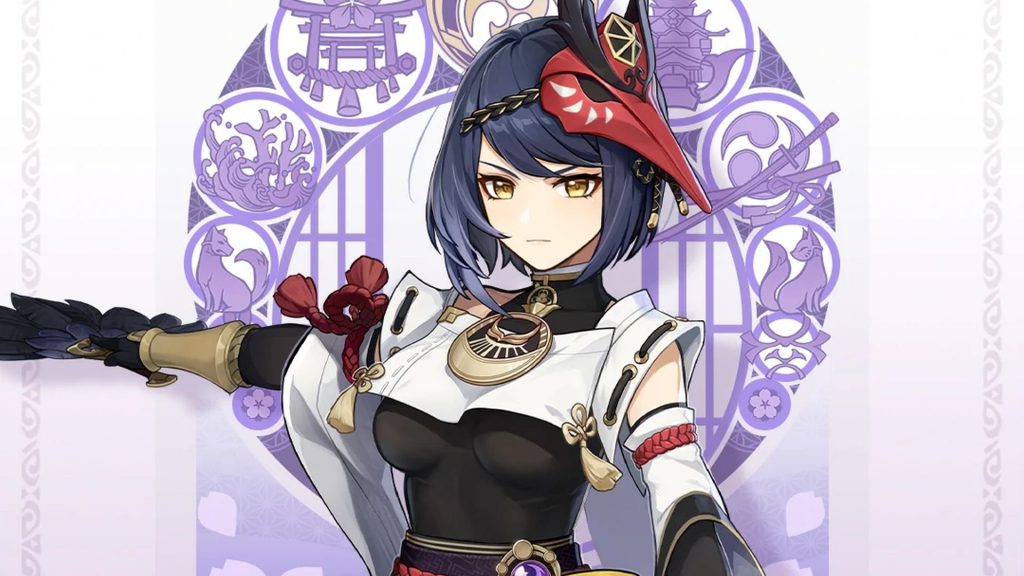 Though the Raiden Shogun has been garnering more attention, Genshin Impact’s next 4 star character is worth keeping an eye on. Wielder of the Electro Vision and skilled with the bow, Kujou Sara serves the Tenryou Commission and is a loyal bodyguard to the Shogun. Her character banner goes live tomorrow with update 2.1 so it’s a good time to see what she can do.

Along with firing up to five times with her normal attack, Sara unleashes an Electro-infused arrow with charged shots. Her Elemental Skill is Tengu Stormcall, which instantly allows her to retreat and gain Crowfeather Cover for 18 seconds. Aiming and firing in this state will create a Crowfeather, which triggers Tengu Juurai: Ambush and provides the active character a bonus to attack based on Sara’s base attack damage.

Sara’s Elemental Burst is Subjugation: Koukou Sendou and sees her calling down a burst of Electro energy, followed by four additional blasts dealing AoE damage. Once again, the active character will receive an attack bonus if they’re within its area of effect. Stay tuned for more details on Sara’s passives when the character banner goes live tomorrow.