The Deputy Leader of the Arataki Gang is a 4-star character who uses a sword and Electro abilities. Her banner goes live on June 21st. 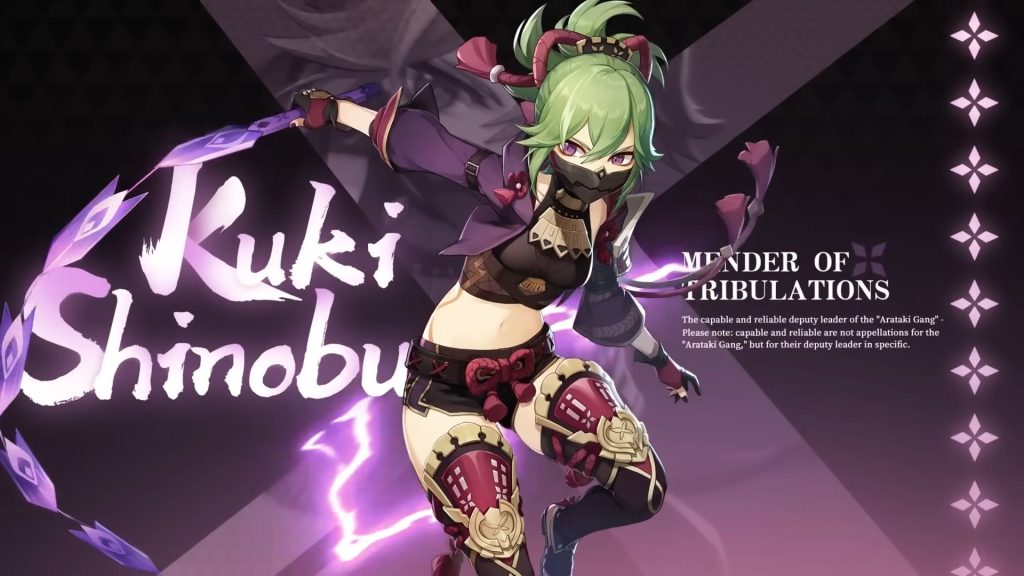 Genshin Impact’s latest update, Version 2.7 “Hidden Dreams in the Depths”, was released on May 31st and added Yelan, a new 5-star Hydro character. It will soon be Kuki Shinobu’s chance when her character banner goes live on June 21st. In the meantime, check out her first character demo trailer below.

As the Deputy Leader of the Arataki Gang, Shinobu is well-read and calm. Though she has her hands full dealing with the gang’s misdemeanors, she’s seemingly satisfied with the position. As a 4-star character, Shinobu wields the Electro vision and a sword which can split and extend when using her abilities.

A full breakdown of her various skills and Passives should be released in the coming days along with the banner so stay tuned. Genshin Impact is available for PS4, PC, iOS and Android. It also features 4K resolution support and improved visuals on PS5. Check out our review of the current-gen version here.