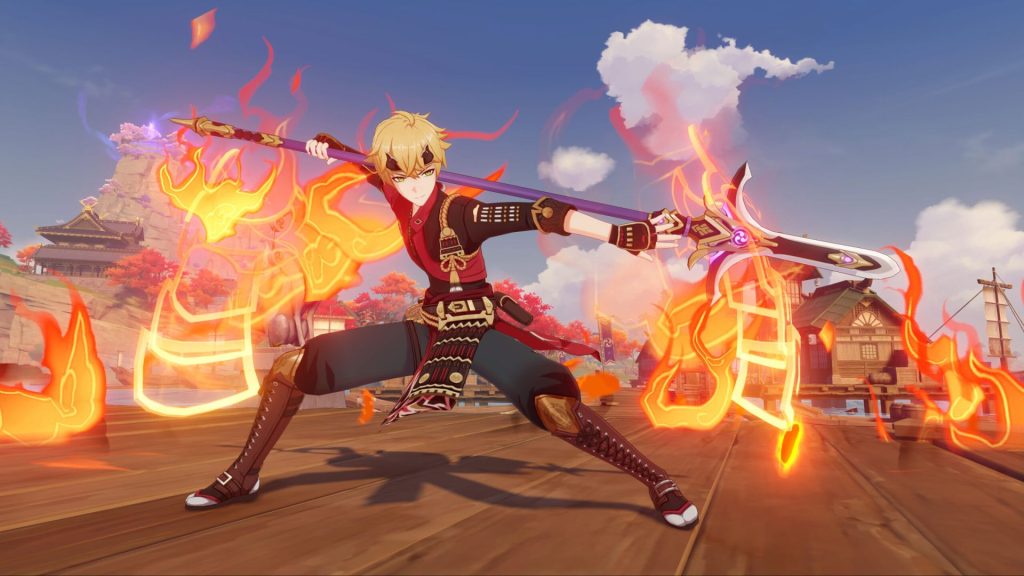 At Tokyo Game Show 2021, miHoYo announced that Genshin Impact’s update 2.2 would be releasing on October 13th. Along with the last island for Inazuma, Tsurumi Island, it also adds Thoma as a new playable character. Check out the trailer below to see the new content in action.

Tsurumi Island is known for its fog, which is full of dangerous Rifthounds that pounce on passersby and inflict the Corrosion status, which causes HP loss. There are also various investigations to carry out as part of the Shadow of the Ancients event, all for the sake of defeating the Anomalous Model Ruin Grader. As for Thoma, he’s a new 4-star character that wields a polearm and has a Pyro vision.

Players can pull him from the second Event Wish (Childe is the first) along with Hu Tao. Speaking of Childe, he and Xinyan are part of the Labyrinth Warriors event which features different kinds of opponents (though a figure known as “Shiki Taishou” will be on hand to help out). There’s also the Tuned to the World’s Sounds event which is a rhythm game featuring numerous characters like Zhongli, Xiao, Ayaka and more.

Stay tuned for more details on the update when it goes live next week. Genshin Impact is currently available for PS4, PS5, PC, iOS and Android.