New weapons and a weekly boss challenge against “Magatsu Mitake Narukami no Mikoto” are also live with a new event starting tomorrow. 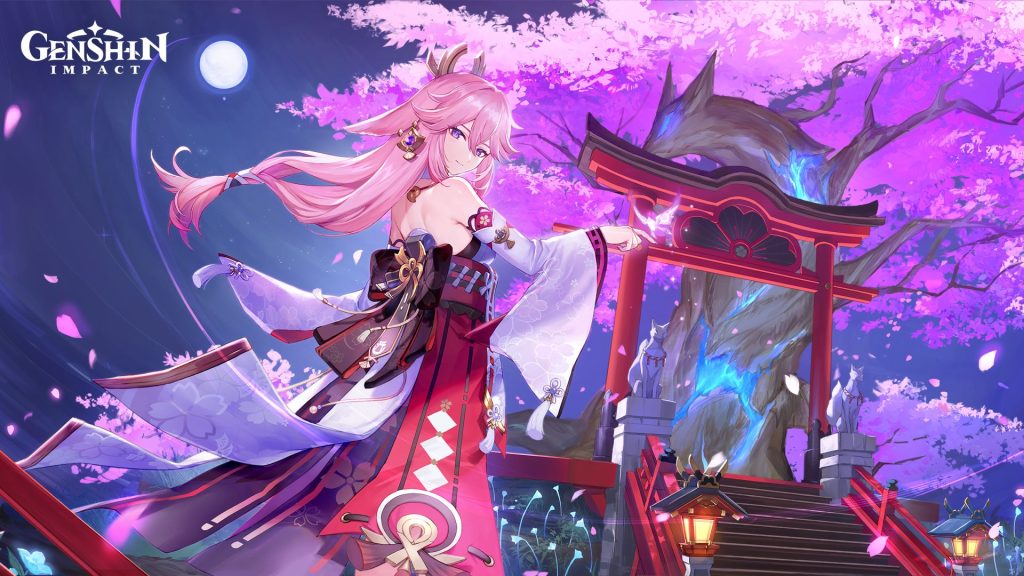 Genshin Impact’s version 2.5 update is now available, adding Yae Miko as a playable character along with new content. The 5-star character wields the Electro Vision and uses a Catalyst to fight. Check out her “Collected Miscellany” video below which goes over all of her abilities and passives.

New weapons have also been added like Kagura’s Verity, a 5-star Catalyst, and Oathsworn Eye, a 4-star Catalyst. The latter can be obtained during the “Three Realms Gateway Offering” event in Enkanomiya along with Refinement Materials to strengthen it. This will be available from tomorrow until the next update and requires being Adventure Rank 30 or above.

For those seeking more story, the Raiden Shogun and Yae Miko both have new Story Quests. Though permanently available with this update, you’ll need to be AR 40 or above to access them. A new weekly boss, “Magatsu Mitake Narukami no Mikoto”, is also available. Located at Narukami Island, this is a much stronger version of the Raiden Shogun’s “puppet” and can enter Baleful Shadowlord form for more damage and damage resistance.

For more details on update 2.5, check out the full patch notes here.

Lady Guuji of the Grand Narukami Shrine also serves as the editor-in-chief of Yae Publishing House. Unexpected intelligence and cunning are hidden under her beautiful appearance.

The bells used when performing the Kagura Dance, blessed by the Guuji herself. The scent of the Sacred Sakura tree lingers on it.

A national treasure of Byakuyakoku stored in the Dainichi Mikoshi. With the coming of the Serpent God, this item was used to notarize great oaths and wishes.

An enigmatic warrior of darkness.