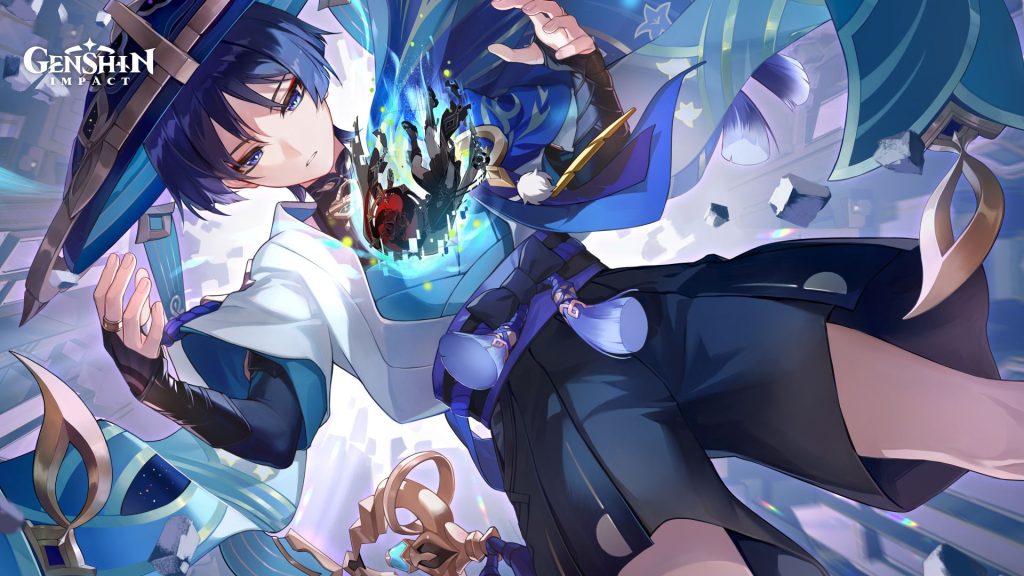 A new Domain of Blessing, City of Gold, is available and sees players venturing through the ruins of a temple. Two new weapons, a 5-star Catalyst Tulaytullah’s Remembrance and a 4-star Sword Toukabou Shigure are also available. There are also two new Artifact sets, Desert Pavilion Chronicle, which increases Anemo DMG Bonus and Normal Attack Speed, and Flower of Paradise Lost, which increases Elemental Mastery and reaction damage of Bloom, Hyperbloom and Burgeon.

The new Archon Quest Interlude Chapter: Act 3 “Inversion of Genesis” is a permanent addition but requires reaching Adventure Rank 40 and finishing other content. Check out the full requirements below. You can also read the full patch notes here.

1. Find challengers in the open world or enter the tavern to play matches against weekly visiting challengers, and earn Player EXP, and Lucky Coins.
2. Player EXP can be used to increase your Player Level, which in turn unlocks new functions and more challengers. Lucky Coins can be used to purchase Genius Invokation cards and used to purchase Match Invitation Letters and various items related to Genius Invokation TCG.
3. You can use the invitation board to send invitations to registered challengers on the Player List and partake in duel matches. Should you prevail in these matches, you can also earn corresponding Character and Talent Cards.
4. You can use the invitation board and connect with your friends via Co-Op to partake in a Genius Invokation TCG match. After reaching a certain Player Level, you can also match with faraway strangers to duels of skill.
*After Genius Invokation TCG is officially launched, we will continue to adjust and optimize the balance of cards based on the duel situation and feedback of Travelers, so as to continuously improve the gameplay experience of Genius Invokation TCG.

The Genius Invokation TCG balance adjustment in the Version 3.3 update is as follows:

Domain of Blessing: City of Gold