Arriving with update Version 3.4, the 4-star Dendro user battles with a polearm and with the help of her companion, Yuegui. 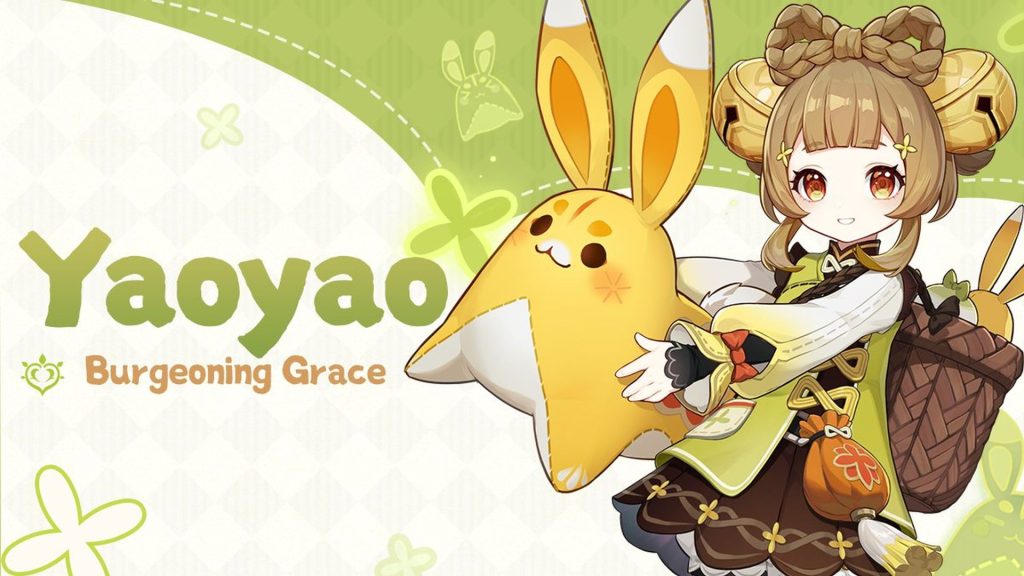 HoYoverse has released a new Character Demo trailer for Genshin Impact, focusing on one of the two new playable characters coming in Version 3.4, “The Exquisite Night Chimes.” YaoYao is a 4-star character with the Dendro Vision and fights with a polearm. While previously studying under Madame Ping (who also mentored Xiangling), she serves as Ganyu’s assistant.

As seen in the trailer, YaoYao is hard-working but also carefree, and fights alongside her companion Yuegui. The latter can seemingly launch projectiles when deployed in combat. YaoYao also seems capable of dashing around, deploying Dendro projectiles that damage nearby enemies.

Details on her abilities and passives will be revealed in the coming days with a new Collective Miscellany trailer, so stay tuned. Genshin Impact’s Version 3.4 update is out on January 18th for PS4, PC, iOS and Android. In addition to YaoYao, it also adds the 5-star character Alhaitham, the Desert of Hadramaveth as a new area, and events.