We have covered Geomerics’ Enlighten, a lighting middleware technology quite extensively at GamingBolt. Today will mark our third interviewe with Chris Doran, COO of Geomerics. This iteration is perhaps the most interesting one as the new consoles are already available on the market for sometime now and most companies are making their transition towards the new console cycle.

Geomerics has a come a long way in the last few years. They are now officially backed by the UK government to set new benchmarks in the movie industry. They are also working closely with EA on games like Star Wars Battlefront and Mirrors Edge. It’s safe to assume that Geomerics are aware of where the next generation of lighting and graphics technology are heading.

Rashid Sayed: Apparently, a lot has happened since we last interviewed you, the new consoles are out now and there is a general expectation that your middleware has improved. What have you guys been working on in the last one year?

Chris Doran: Probably the biggest change for the company since we last spoke was our acquisition by ARM, the company at the heart of the many of the world’s most advanced digital products. We had been putting a lot of effort into our mobile version of Enlighten, and this brought us to ARM’s attention. At the same time we were also looking at the new consoles and making sure our customers could get launch titles out. As is typical with a console transition, the first round of work involves porting existing code to the new platforms and optimizing. But we are now deep into working out what the new opportunities are, and what we can now do on the new hardware that was impossible on the last generation of hardware. 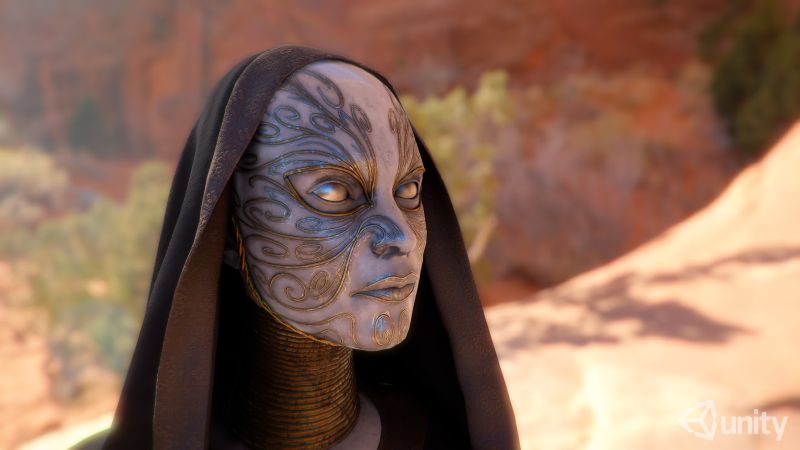 "In addition to the Unity integration, we are starting to license to indies who want to use Enlighten. This tends to be developers with a strong vision for the lighting in their game."

Rashid Sayed: You guys have announced Enlighten integration with Unity 5. What kind of modifications did you do the engine so as to support Unity and what kind of advantages this will bring to indie and AA games development?

Chris Doran: Unity approached us to see if we were interested in becoming the default lighting technology inside Unity 5, which we thought was a great opportunity. Unity took care of most of the integration work themselves, with support on our side. But there were a number of modifications we needed to make to Enlighten to make this feasible. You can see this in the work we were carrying out in the 18months prior to the announcement. Unity needed better support for mobile, which fitted our goals, and they needed Enlighten to have the ability to bake out static lightmaps as well, so that we could support older hardware. We added this functionality to Enlighten in 2012.

The advantages it will bring to developers using Unity are numerous. The workflow is far simpler and more efficient, enabling artists to push to higher quality, and for the first time Unity will support fully dynamic lighting, which offers huge possibilities for creative use of lighting.

Rashid Sayed: Speaking of indies, what is Geomerics doing in the field of indie games development?

Chris Doran: In addition to the Unity integration, we are starting to license to indies who want to use Enlighten. This tends to be developers with a strong vision for the lighting in their game. We have constructed different license models for these guys as they don’t have the budget of the larger studios, and that is working well, though there is more still to come in this area. For now, though, if a particular independent developer is interested in using Enlighten, we recommend they contact us directly so that we can figure out how to best support them.

Rashid Sayed: You are now officially backed by the UK Government to drastically revolutionize effects in the movie industry. Can you please explain to us what this is about?

Chris Doran: The UK has traditionally been strong in both game and film production. The agency that sets the strategic direction for UK industry is called the Technology Strategy Board, and one of the main mechanisms they have for driving research is funding through open competitions. They identified cross-platform technologies for games, film and broadcast media as a key area for the UK and ran a large competition in this area. The consortium that Geomerics is leading was one of the recipients of an award, and it will enable us to drive real-time tools into the film industry. 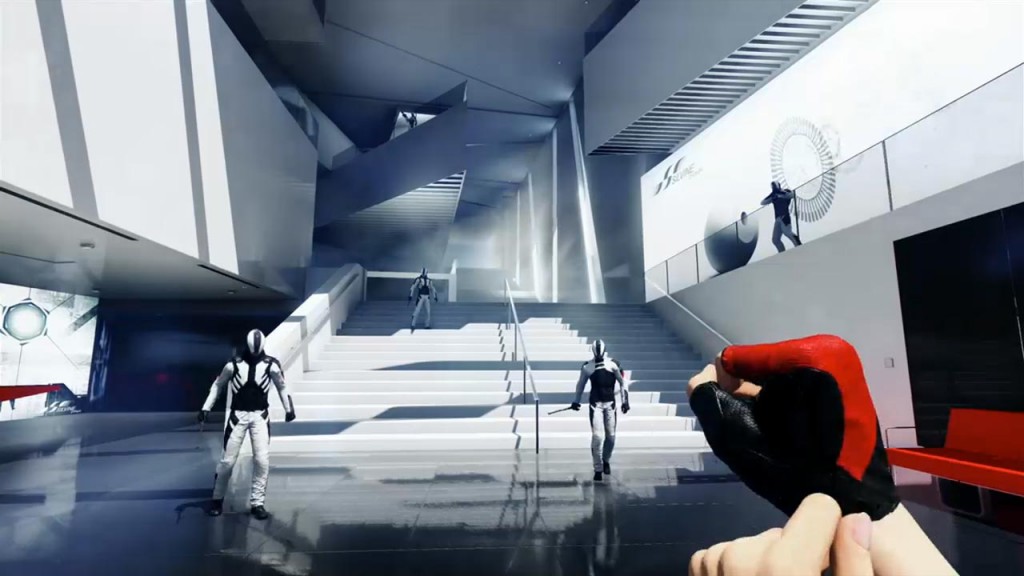 "We have also been researching the interaction between Enlighten and physically-based shading, and the results look great. We’ll see a lot more in this direction on PS4 and XboxOne."

Rashid Sayed: You guys have previously worked on cross generation games like Battlefield 4 and Dragon Age Inquisition. Now with games like Star Wars Battlefront and Mirrors Edge, you will be working exclusively on the new consoles. How will Enlighten use the full potential of PS4 and Xbox One in these new games?

Chris Doran: The big difference with the new consoles is where the power is located. Pretty much across the board the new consoles are a factor of 10 better than the previous generation, but in terms of compute power the GPUs massively out-strip the CPUs in the new hardware. This is great for us, as it enables Enlighten to interact much more tightly with the rest of the graphics pipeline. This removes any latency, and can drive higher levels of dynamism. We have also been researching the interaction between Enlighten and physically-based shading, and the results look great. We’ll see a lot more in this direction on PS4 and XboxOne.

Rashid Sayed: You must be aware that Microsoft has released 10% GPU Reserve for developers who don’t need Kinect in their games. I have two questions regarding this: a. Does the 10% GPU Reserve really matter that much for games development? b. Could Enlighten use that reserve to have better lighting effects?

Chris Doran: Developers will always want more GPU power if it is made available, and I think there was general agreement that this was a sensible move from Microsoft. For Enlighten, we don’t really see ourselves as needing a reserved block of GPU for our runtime. We are trying to be a bit smarter than that. The new GPUs have interesting abilities to run some processes in the background, so we are looking at ways to make Enlighten run ‘in the gaps’ so that it minimizes the amount of GPU resource it consumes.

Rashid Sayed: We interviewed several developers in the past, asking their experience working on the Xbox One. Some of them have been pretty straightforward stating that Microsoft cheaped out on the RAM whereas others are criticizing the eSRAM for its resolution issues. As someone who works very close to hardware, what can you tell our readers about these two issues?

Chris Doran: I’d be wary of rushing to snap judgments about the new hardware. You cannot really say anything until the first games are out and consumers have got their hands on both devices. From what we are seeing both PS4 and Xbox One are well thought out pieces of kit, and consumers are having a hard time choosing between them. Both have similar features, but both also have their unique points, which is great for choice. The important thing is that they have re-invigorated the console space. I remember having discussions with investors who were convinced that the console market was dead. It’s great seeing them proved so dramatically wrong!

"Cloud is obviously going to be a key component of gaming in PS4 and Xbox One. Both Sony and Microsoft have made it clear that the user experience is much better if your device is always connected. Things like background downloading of game updates are a big improvement on the user experience."

Rashid Sayed: Performance wise, how much memory does Enlighten consume on the new consoles?

Chris Doran: The precise amount depends on how much the developer wants to give us. On the previous generation consoles, we often had to make do with around 10Mb, which was a real struggle. On the new consoles developers are usually happy to give us 10 times this amount, which is easily plenty and allows us to explore new possibilities in game lighting.

Rashid Sayed: What are your thoughts on cloud? Microsoft showcased their technology and state that several effects can be improved on Xbox One games. Do you think this will be a viable solution in the future and will Enlighten use it anyway?

Chris Doran: Cloud is obviously going to be a key component of gaming in PS4 and Xbox One. Both Sony and Microsoft have made it clear that the user experience is much better if your device is always connected. Things like background downloading of game updates are a big improvement on the user experience.

We will also see games where the game world becomes so large that it can only be stored in the cloud, with parts of the world streamed down. There is also plenty that Enlighten can use the cloud for, particularly for user-generated content. Aspects of a game developers lighting pipeline can be easily moved into the cloud, opening up the possibility of exposing the pipeline to the player through their console. This is not straightforward, but is being actively researched.

Rashid Sayed: Last year you stated to us that 8GB of RAM will be sufficient to create realistic lighting. But now that we are settling down in to the new generation of consoles and with graphics technology setting new benchmarks, do you still think 8GB is going to be sufficient?

Chris Doran: Yes, it feels like the right amount. As mentioned above, the new consoles are nicely balanced between CPU / GPU / Memory. They have struck a sensible balance and given developers hardware that it will take a few years to really stretch.

Rashid Sayed: Can you tell is what is next on Enlighten’s roadmap?

Chris Doran: There are two major items on our roadmap. The first is pushing into the film pipeline. This means getting Enlighten to the point where you could feasibly render film-quality output without losing the real-time aspect of our workflow. This is a massive deal for the film industry since it would dramatically speed up how films are created; but it will also have real benefits for games as well.

The second is broadening out our offering in terms of the art pipeline. Our work over the last few years has given us a much better understanding of what a modern art pipeline should look like, how assets should be created and stored, the material models that work, the interaction with physically-based shading techniques and so on. Weare focusing much of our efforts in this direction.