Ghost of Tsushima: Iki Island Guide – How to Unlock New Techniques, and All New Armor

The new expansion doesn't have tons of new Techniques or armor but makes up for it in terms of quality. Here's how to get all of it. 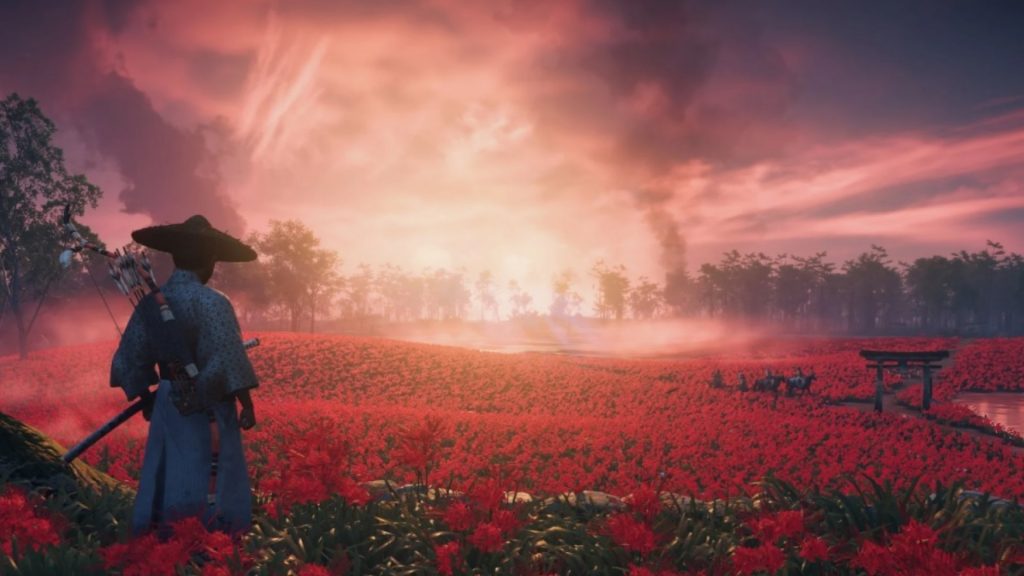 One of the appeals of a new open world game expansion is the new weapons, armor and abilities that can be unlocked. Sadly, Ghost of Tsushima’s Iki Island expansion doesn’t introduce tons of new armor and Techniques for Jin (and he’s still relying on his trusty katana) but you’ll want to get them all the same.

How to Unlock All Armor Sets

There are technically five new armor sets on Iki Island but three of them are just new cosmetic looks for preexisting sets. They should be recognizable to those who played Ghost of Tsushima: Legends since they’re the same armor sets based on Shadow of the Colossus, God of War and Bloodborne.

First is the Armor of the Colossus, located in the Shrine in Shadow. Travel south of Iki Island in the Buddha’s Footprints region and look for some cliffs. Once you reach the shrine, you’ll find some markings similar to those on the Colossi from the game. In order to solve the riddle, equip the Ghost Armor and throw a smoke bomb down. Stand in the middle of it, wait for the cutscene to play out and the armor should be yours. Again, this is a cosmetic set and contains the Armor of the Colossus and Mask of the Colossus for the Ghost Armor.

Next up is the Ghost of Sparta Armor. Travel to the east of Iki Island and look for Tatsu’s Ladder. Go south from the delta there and look for a shrine on the hill with some white trees. As you walk up towards the shrine, you’ll see an axe embedded in a nearby tree which also has a hand print on it. To solve this riddle, don the Sakai Clan Armor and unsheathe your sword. This will bestow the Helm of War, Spartan mask and Ghost of Sparta design for the armor.

For the Yarhnam (yes, that’s how it’s spelled) Vestments Armor, you’ll need to travel to the West for the Blood-Stained Shrine. Go to Gonoura Cape and just before the Viper’s Den, look for a nearby hill on the coast. Along with a blood-red moon, the shrine also has crow feathers around it. First, make sure you’re wearing the Kensei Armor. Next, you need to injure Jin (but not outright kill him). Do this by jumping off of the neighboring walls and taking fall damage. Once that’s done, go to the Shrine and recover health using Resolve. A cutscene will play and you’ll earn the Yarhnam Helm and Yarhnam Vestments for the armor.

The Sarugami Armor is earned from completing the Mythic Tale “The Legend of Black Hand Riku.” First, you need to complete the mission “A Raider’s Return” in the story. Once this is done, head to Fuge’s Refuge and look for a man around a campfire talking about the armor. This involves finding Kashira and then Minato near Mount Takenotsuji. After saving Minato from the Mongols, you’ll go to her camp and then must travel east to the Thunderhead Cliffs.

Keep an eye out for some glowing water and swim in the river till you find a cave. Light braziers throughout until you reach a glowing pool and fight Black Hand Riku. Defeat him to claim the armor, though you’ll have a battle awaiting you upon exiting the cave so be warned.

The second armor set isn’t for Jin but his horse. Head to Zasho Bay, located to the east, and you’ll find a group of refuges. Listen to the tale of Kazumasa Sakai’s horse, though you’ll be ejected and must resort to stealth in order to obtain the Mythic Tale. Near the Sheltered Camp to the South, look for the largest shipwreck. The Kazai Horse Armor will be inside. Equip it to your horse to make the Horse Charge stronger and increase the resistance to being knocked off your horse.