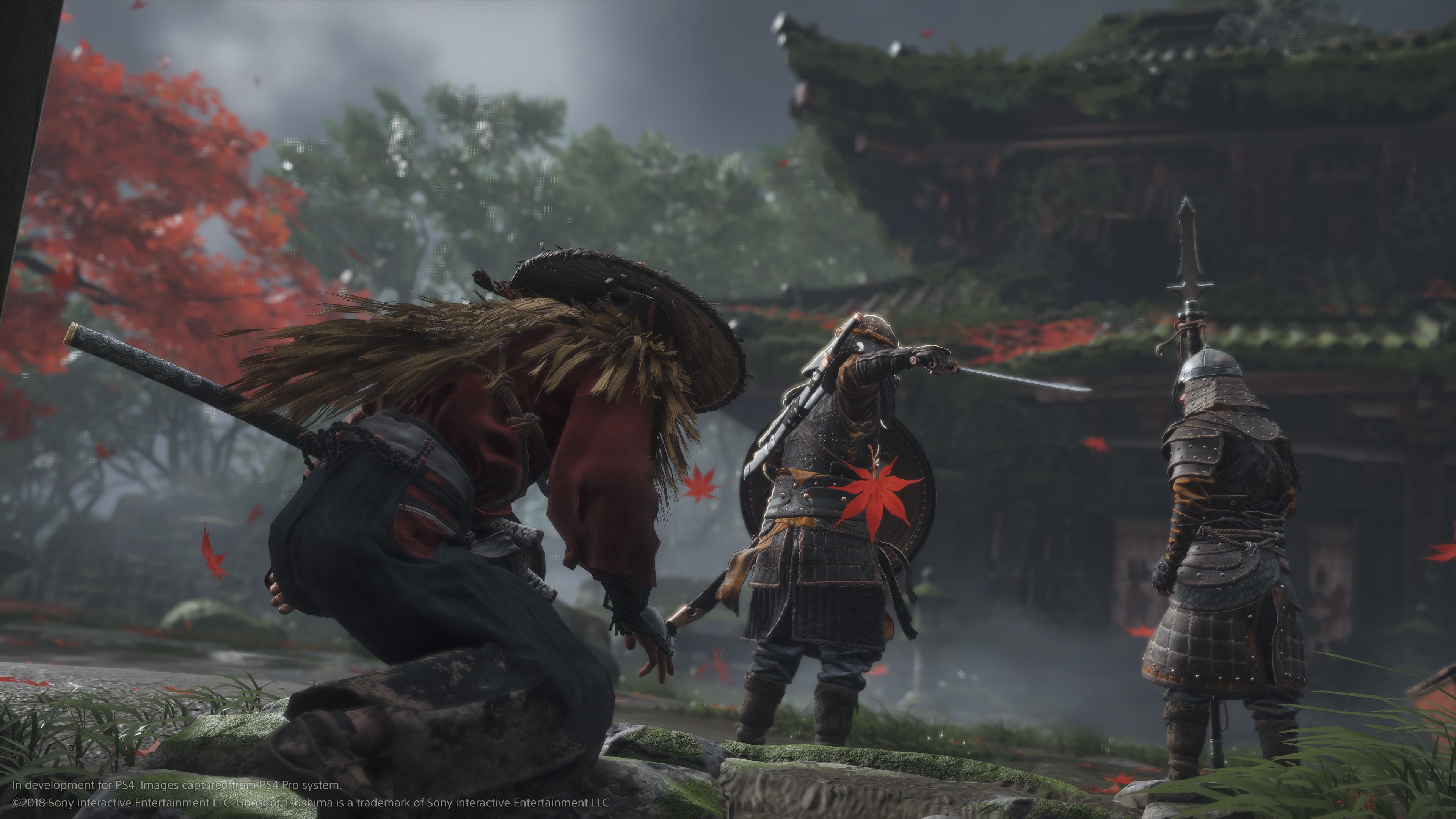 Ghost of Tsushima, Sucker Punch’s next big PS4 exclusive, looked very good at E3 2018. Though we got a chance to see stealth, sword combat and exploration, we’re interested in knowing even more about the game. To address that, art director Jason Connell answered some questions during a Q&A stream through Twitch.

Connell talked about the world and how big it was. Though the colour palette reflects how gorgeous Japan looks, it serves as a contrast to the bloody combat and war-ravaged setting. Storms on the horizon could be seen and players can travel to whatever they see. Having a full island is the goal though there will be “new places” that will also be interesting to explore.

Sucker Punch wanted to make a “pretty faithful homage” to history but noted that Ghost of Tsushima is an “original experience”. Speaking more about the combat, protagonist Jin Sakai will have to use different methods to fight this battle since his old style isn’t quite working out. A transformation aspect of sorts is being explored with the narrative. There will be progression but more details will be revealed later.

As for the villain, the developer is seeking to create a believable foe with multiple dimensions as it has with previous titles. Ghost of Tsushima doesn’t currently have a release date so we’ll have to wait for more information on that front.