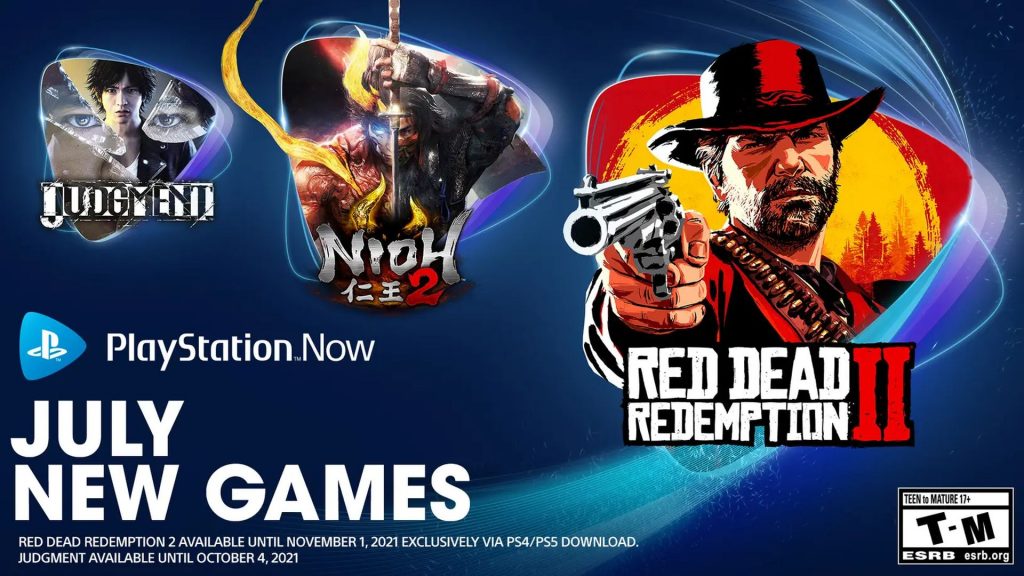 As the rumors revealed, Sony’s PlayStation Now has an extremely packed July with God of War, Judgment, Nioh 2 and Red Dead Redemption 2 coming to the streaming service. All of these titles will be available starting tomorrow. A few have limited time windows though – Judgment will only be playable on PS Now until October 4th 2021 (which provides plenty of time to catch up for the sequel, Lost Judgment).

Red Dead Redemption 2 is also playable on the service but as a downloadable title for PS4 and PS5 until November 1st. Other titles like Nioh 2, NASCAR Heat 5, Moving Out and God of War seem to be a permanent part of PlayStation Now, though this could change down the line. It’s worth noting that Olympic Games Tokyo 2020 – The Official Video Game, which released only recently, has also been added.

Regarding the future, Sony is reportedly planning a new PlayStation event and is rumored to showcase the first trailer for the next God of War. The company also recently announced Ghost of Tsushima Director’s Cut which adds new content in the form of the Iki Island expansion. It also brings PS5-specific features like DualSense support, dynamic 4K/60 FPS gameplay and much more.