Learn more about the different moves that Kratos can unleash on foes and how the DualSense's haptic feedback is implemented. 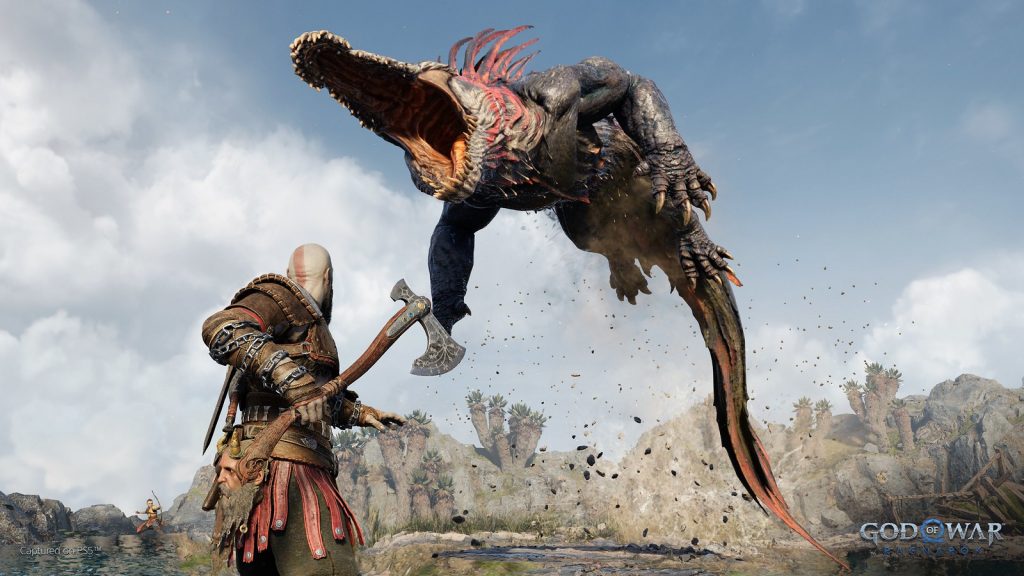 Previews for God of War Ragnarok have gone live, revealing many new details about Santa Monica Studio’s long-awaited sequel. Several outlets received access to the first few hours with no story spoilers, and thanks to PlayStation Blog, we get to learn more about what’s new.

First is the support for PS5’s DualSense. One sequence sees the player using a dogsled to escape from an avalanche. During this, the haptics conveys all of the different sensations, whether it’s the deep rumble of oncoming snow or smaller pieces rolling about. Another nice touch is how the haptics will “gradually swell” when recalling the Leviathan Axe until it’s in your hands. This culminates in a “meaty thud,” as it should. Of course, subtle movements like Kratos laying down to sleep are also captured.

In terms of combat options, there’s a lot to look forward to. We’ve seen Death From Above, where Kratos can sprint off a cliff and leap down to slam into enemies, stunning them in the process. Holding Triangle applies the Frost Awaken buff to the Axe’s next melee or ranged attack. If you press R1 when the buff is applied, Kratos will use Frozen Breach, which swings wide and hits enemies with the Frost status.

If you aim and press R1 instead, Frozen Spike is unleashed. It will cause the Leviathan Axe to create a Frost explosion when it hits a target after being thrown. Flame Whiplash has already been covered for the Blades of Chaos and is a great way to deal Fire damage to foes.

Brok and Sindri will upgrade Kratos’ weapons while providing new armor. One new service they offer is a lost loot chest. If you leave any resources laying around by accident, they’ll retrieve them, allowing you to claim them later. Weapon and armor customization is still a thing, as players slot gems into the Leviathan Axe for different attacks.

Slaying The Huntress, a powerful stalker, grants Winter’s Bite, a Light Runic Attack which creates ice around the Axe and deals more damage. You can also unlock a “flaming uppercut-style attack” for the Blades of Chaos. So yes, you can Shinryuken some poor fools.

Due to the Guardian Shield being damaged, Kratos can choose between two new shields – the Stone Wall Shield and the Dauntless Shield. You can learn more about them here, but gather the resources, and all shields can eventually be crafted.

God of War Ragnarok is out on November 9th for PS4 and PS5 with reviews going live on November 3rd.