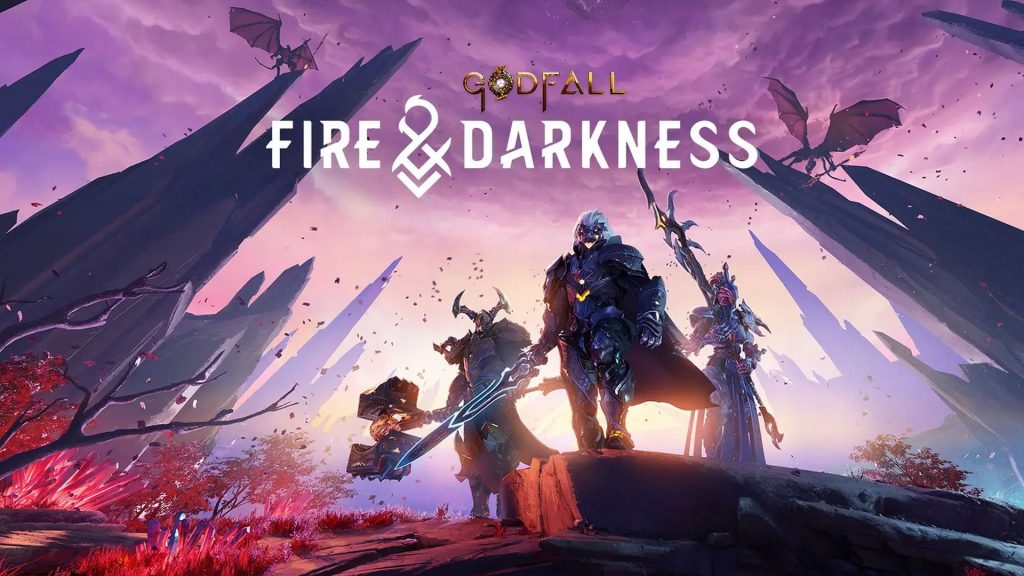 After launching for PS5 last year, Counterplay Games’ Godfall is now available on PS4. Those who purchase the previous-gen version, whether it’s the Deluxe Edition ($60) or Ascended Edition ($70) can upgrade for free to the PS5 version. Matchmaking is also available in beta form and allows for players on both consoles to party up.

The Fire and Darkness expansion is included with both the Deluxe Edition and Ascended Edition but those who only own the base game need to pay $20 for it. It offers new story missions and cinematics, new areas in the Fire Realm to explore, over 10 new enemy types and five new bosses. There are over 20 new Valorplate skins as well.

The Lightbringer update is also live for all players, adding a brand new mode for up to three players. It sees the player restoring light to the Seventh Sanctum by locating three Tears and fighting off enemies. Once a Tear has been found, one can accept a Curse which makes enemies stronger but leads to better rewards. New Cursed items are part of the deal, each offering massive benefits but only if you remove its Curse.