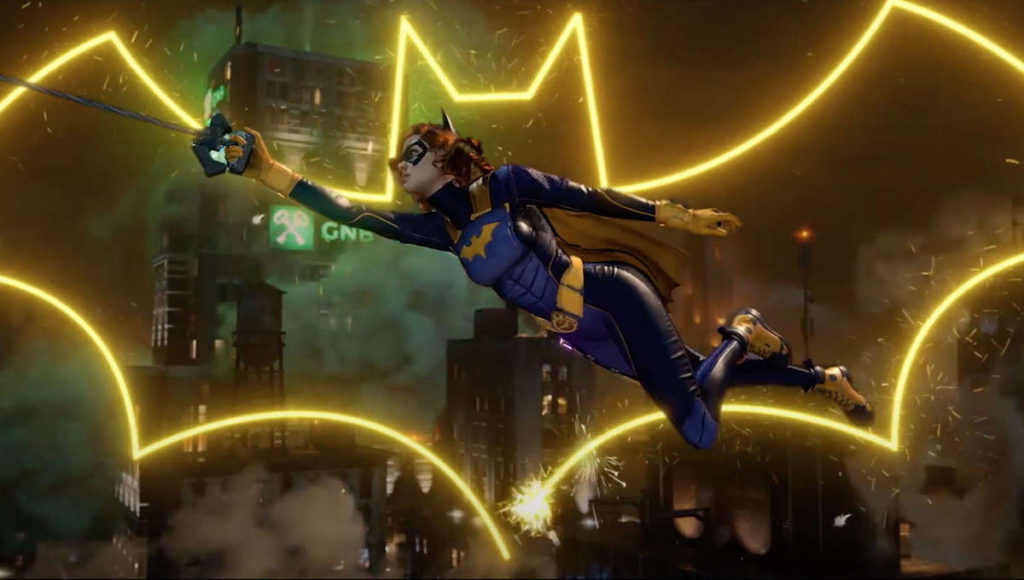 Warner Bros. Games Montréal has started teasing gameplay for Batgirl in Gotham Knights. The studio has taken to Twitter to start teasing a reveal for Batgirl gameplay at the upcoming San Diego Comic Con.

The studio has been releasing gameplay showcases for each of the Gotham Knights characters in the build up to the game’s October 25 release. The most recent trailer showed off gameplay for Robin, showing off his versatile play style that makes use of his quarterstaff as well as various gadgets.

Nightwing and Red Hood have also gotten gameplay showcases in their own trailers.

Gotham Knights will be coming to PC, PS5, and Xbox Series X/S. Gotham Knights was originally also planned for PS4 and Xbox One, but the game’s scale and scope forced the studio to cancel the last-gen versions.