Gran Turismo 7 will be a PS VR2 launch title, with the entire game being playable in VR, except 2-player splitscreen races. 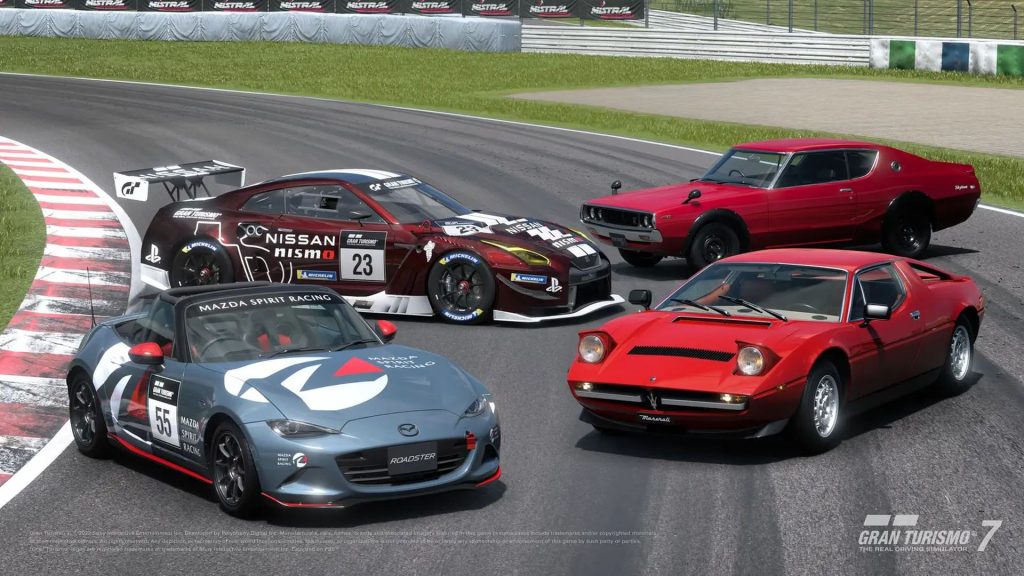 Sony and Polyphony Digital recently announced that Gran Turismo 7 would be adding support for the PS VR2 in an upcoming free update, and now, full details on what that support will entail have been revealed. Those who were worried that the racing sim’s VR implementation would be limited, just as it was in Gran Turismo Sport for the original PS VR, need not fret.

In a PlayStation Blog post, Polyphony Digital boss Kazunori Yamauchi has confirmed that all of Gran Turismo 7 will be playable in VR, with one caveat. While 2-player splitscreen races won’t feature VR support, the rest of the game will, including single player modes and online races, all tracks, and all vehicles.

“Through a free upgrade, for those who have already purchased Gran Turismo 7, players will experience all cars and tracks in VR like never before,” Yamauchi writes. “GT7 in VR takes full advantage of PS VR2’s next gen features. With eye tracking and foveated rendering, players will experience stunning visual fidelity while racing in any of the 450+ cars. While 2-player splitscreen races are not supported in VR, all other races, including online races, will be available. From the Nürburgring to Tsukuba, tracks can be experienced exactly as they are in real life.”

Additionally, it’s also been confirmed that Gran Turismo 7 will be available for PS VR2 at launch on February 22.

Sony has also unveiled 13 new games that are in development for the PlayStation VR2, while the headset’s full launch window lineup has also been revealed.