Grand Theft Auto 5 Most Likely Releasing on PC in 2014, PS4 And Xbox One Versions Uncertain

Analyst Michael Pachter says it will be a compelling purchase for PS4 and Xbox One in another year. 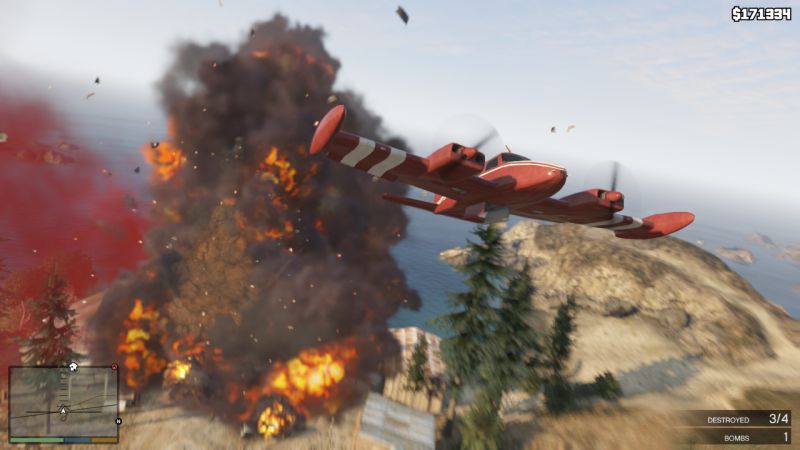 Rockstar’s Grand Theft Auto 5 was one of the best selling titles of all time when it released in September 2013 for PS3 and Xbox 360. It would make sense if a port of the game were to release for PC, especially within this year, but how about for the PS4 and Xbox One? Not so fast, says Michael Pachter, who works at Wedbush Securities as Managing Director of Equity Research.

When GamingBolt spoke to Pachter about both PC and PS4/Xbox One ports for the open world adventure, he stated that, “Well, the PC version, you know, I think is a very easy port. So I am certain that’s coming out, and I would bet anything that it comes out this year. The Xbox One and PS4 versions, not so fast, because to port from 360 to One is probably very hard. If you look at Titanfall, for example, it went the other way.

“So, I don’t even know if it’s possible, or feasible. I think they might need to redo the code, which might take them a long time, a year or more, and that’s if they spend their time and attention on that, and from everything I can tell, Rockstar’s busy working on GTA Online. So I would say PC version this year, most likely. Xbox One and PS4, this year? Probably not.”

Though the game may not need any help sales-wise by releasing on the PS4 and Xbox One, it’s still a potential purchase for those who are picking up either as their first console. “Yes, and also in fairness, I think the current group of Xbox One and PS4 owners, anyone in that group who wanted GTA V already bought it, I mean, those are the hardcore first mover rich guys.

“So it’s the next 30 million who may not have bought it, so it might be a compelling title in a year. I don’t think they leave a lot of money on the table, especially because it launched so late in the last console cycle that they likely already got through to those guys.”

Do you agree with Pachter’s thoughts? Let us know in the comments below. As of now, the rumour is that Rockstar will reveal the PC, PS4 and Xbox One ports at E3 2014 or in the lead-up to the same. Stay tuned for more information.