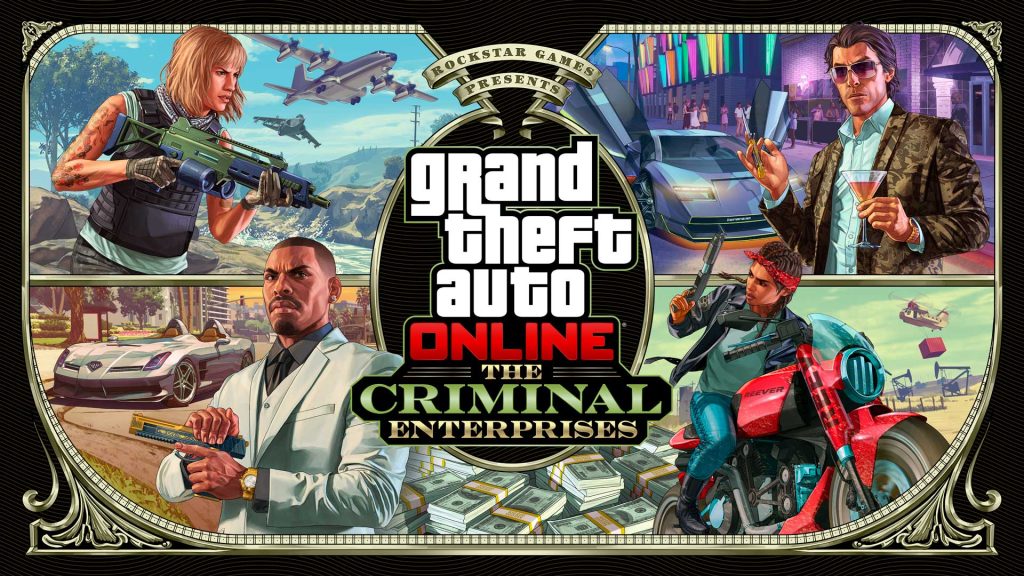 Even as Red Dead Online quietly fades away, Rockstar continues to pump out big updates for Grand Theft Auto Online. The latest is Criminal Enterprises, which goes live on July 26th and significantly expands Criminal Careers. Along with new missions and upgrades, it also adds new Contract Missions with players becoming agents for the IAA among other things.

Along with increased payouts, there will be new modes, vehicles, special events, and so on released throughout the Summer. But perhaps the biggest change is that regardless of which Criminal Career one has chosen, you’ll be able to play all Business activities in Private sessions.

Executives get a new staff manager, Lupe, along with a new side gig for delivering Special Cargo to the docks. Two new sources of Special Cargo have also been added to Source Missions. Bikers who are MC Presidents and have Custom Bike Shops in their Clubhouses can now modify clients’ bikes. Delivering them grants GTA$ and RP. Two new Clubhouse Contracts are also being added along with a Bar Resupply mission.

There’s a lot more in store including increased payouts for the original Heists and The Doomsday Heists along with boosts to payouts for Race and Adversary Modes. Stay tuned for more details en route to the update’s release.