Money is a key part of every Grand Theft Auto title and Vice City is no exception. Here's how to quickly earn some fat stacks. 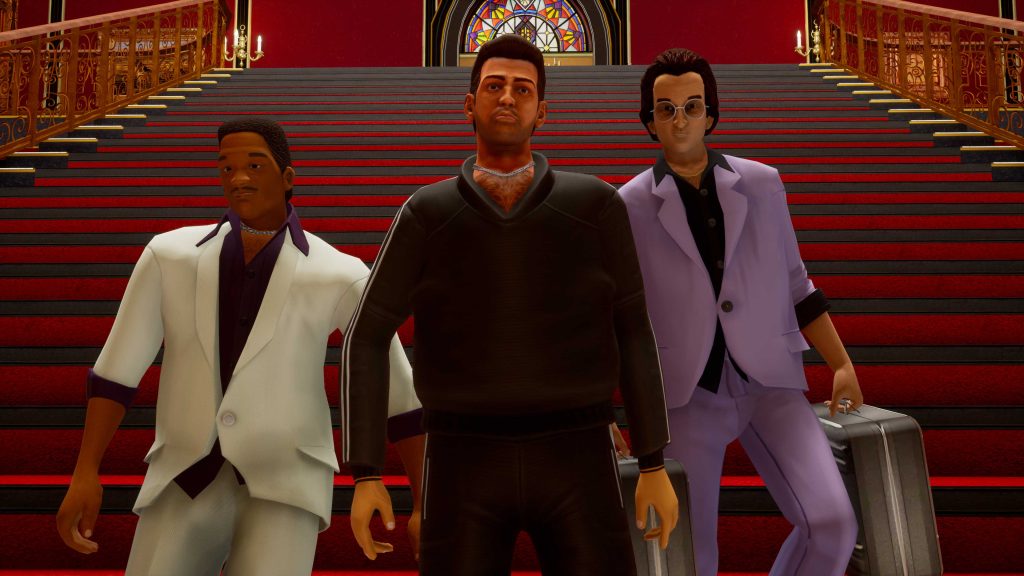 Grand Theft Auto: Vice City marked a turning point of sorts for the 3D trilogy, adding various new activities and features. But aside from completing the main story missions, how do you go about earning money quickly in the game? Thankfully, several methods which worked in the base game still apply to The Definitive Edition while new assets and properties can help amass a fortune in relatively short time.

One of the easiest methods for earning money is to hold up a store. It’s fairly simple – just point your gun at the cashier. Keeping the gun focused on the cashier will increase the amount earned but will also quickly raise your Wanted level. Make sure you’re ready to evade the cops or retreat to a nearby safe house after the deed is done.

Also, much like Grand Theft Auto 3, there’s a list of cars that you can deliver for cash. The key difference is that you’ll need to purchase the Sunshine Autos property. After that, any cars that are delivered will increase the daily income earned from the asset. This also unlocks street races which, despite having an entry fee, offer lots of profit if you come in first (especially the last race, which can be farmed endlessly for up to $40,000).

In terms of which assets to purchase first, it’s a good idea to acquire Malibu Club and Boatyard along with Sunshine Autos since these can provide a quick profit with their daily income. If you want the maximum amount of daily income, prioritize purchasing all of the different assets and completing their missions.

Also, much like its predecessor, completing various activities like taxi driving, paramedic work and so on will award some cash. These provide upgrades like max health increases and whatnot as well. It’s also key to save often, especially when embarking on missions where you could die (since respawning in the hospital costs money each time).

Of course, you can also just unlock everything and gain tons of cash by using cheats – head here to learn more. Grand Theft Auto: Vice City – The Definitive Edition is currently available for Xbox One, Xbox Series X/S, PS4, PS5, PC and Nintendo Switch as part of Grand Theft Auto: The Trilogy – The Definitive Edition. The latter will also be coming to iOS and Android this year. Check out our official review for it here.