There's nothing new to update on GTA 5 but that shouldn't bother anyone. 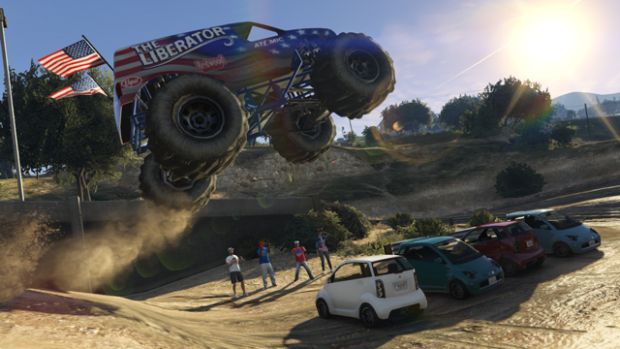 Of all the big name games to be showcased at this year’s Gamescom – which was full of surprises like Rise of the Tomb Raider, new IPs from Michel Ancel and Housemarque and the announcement of Hideo Kojima’s Silent Hills – it was rather odd to see Rockstar’s Grand Theft Auto 5 absent. The open world title will be releasing later this year for Xbox One, PC and PS4.

However, according to vice president of Sony Worldwide Studios Europe Michael Denny in conversation with VG247, “I don’t think you should read anything into it. GTA is coming to PlayStation 4. It’s going to be fantastic for everybody. We just had nothing new to update on last night.”

It’s interesting because Rockstar has yet to reveal a definitive release date for the game which will be out in Q3/Q4 of 2014. Nonetheless, Rockstar isn’t known for making announcements at conferences, this year’s E3 being the sole exception, so we’ll need to stay tuned for more details.