Guild Wars 2 dev on Ascended gear backlash: “Our goal is not to create a gear treadmill”

And there won't be periodic new sets of gear for grinding's sake. 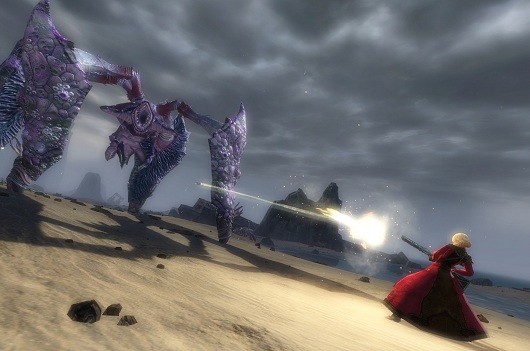 ArenaNet, developers of the hit MMO Guild Wars 2, faced some flak recently for the announcement of Ascended Gear for the Lost Shores event. This made quite a few fans angry, and they made sure to complain about it on the developer’s forums. The main point of contention? That this a case of the MMO becoming a grind-heavy experience favouring the one with the best gear.

Studio Design Director Chris Whiteside disagreed. “Our goal is not to create a gear treadmill. Our goal is to ensure we have a proper progression for players from Exotic up to Legendary without a massive jump in reward between the two. We will not be adding a new tier of gear every 3 months that we expect everyone to chase after and then get the next set and so on.” He also stated that the gear would “be made available through all sorts of content around the world including existing content” through Player versus Enemy and World versus World combat.

The tiers themselves are interesting, as Legendary provides the same stats as Exotic gear but different appearances, while Ascended gear provides real upgrades.