Power-ups like Overshield are now inventory items and usable whenever. Vehicles and guns are also dropped as Big Team Battle matches progress. 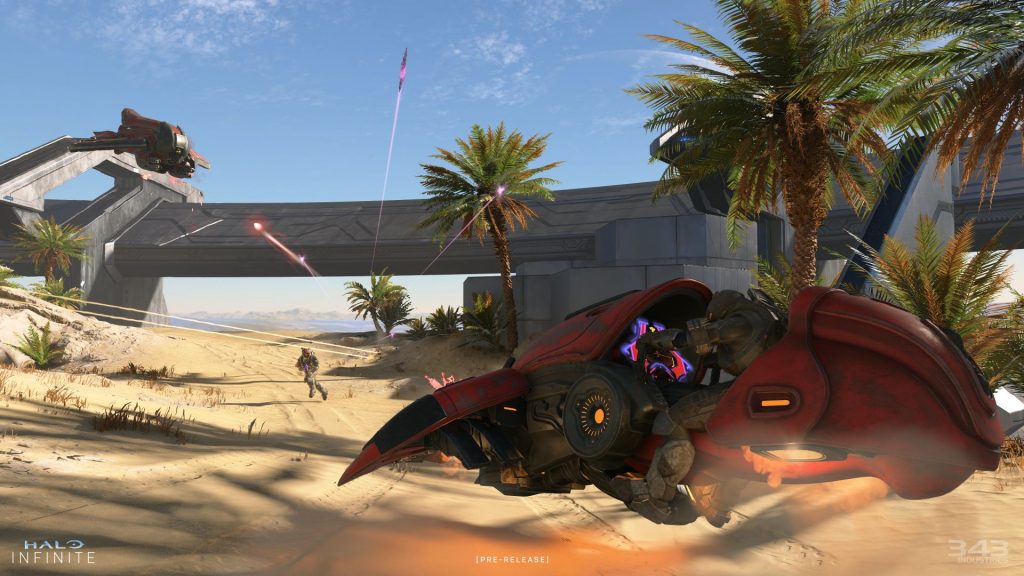 Though Halo 5: Guardians’ multiplayer was fairly popular by its own standards, Halo Infinite’s could serve as a new beginning for the series. It’s free to play, which is a first, with crossplay and cross-progression between PC and Xbox platforms. 343 Industries also confirmed in its recent multiplayer overview that Forge and Theater mode were returning.

In terms of sandbox changes, there’s quite a lot to take in. During Big Team Battle, vehicles will be dropped in via Pelican (which you’re informed of in-game) while guns drop via pods (like in Halo 2). The idea is that players start out on even ground and scrounge up whatever they can as the match progresses. Equipment also makes a return with power-ups like the Overshield now serving as inventory items.

That means they can be used whenever but if you die, they’re dropped and can be acquired by other players. One of the new vehicles, the Razorback, is also showcased. It’s the Warthogs cousin and lets you attach flags, guns and so on to it. For those jumping into multiplayer for the first time, the Academy will offer bots (whose skill level can be customized), weapon drills and other tutorials to get you started. In terms of what’s coming after launch, 343 Industries said it will have constant updates based on feedback. Staten also confirmed that “new maps, new modes, new ways to customize your Spartan” are planned for post-launch.

Halo Infinite releases in Holiday 2021 for Xbox Series X/S, PC and Xbox One.