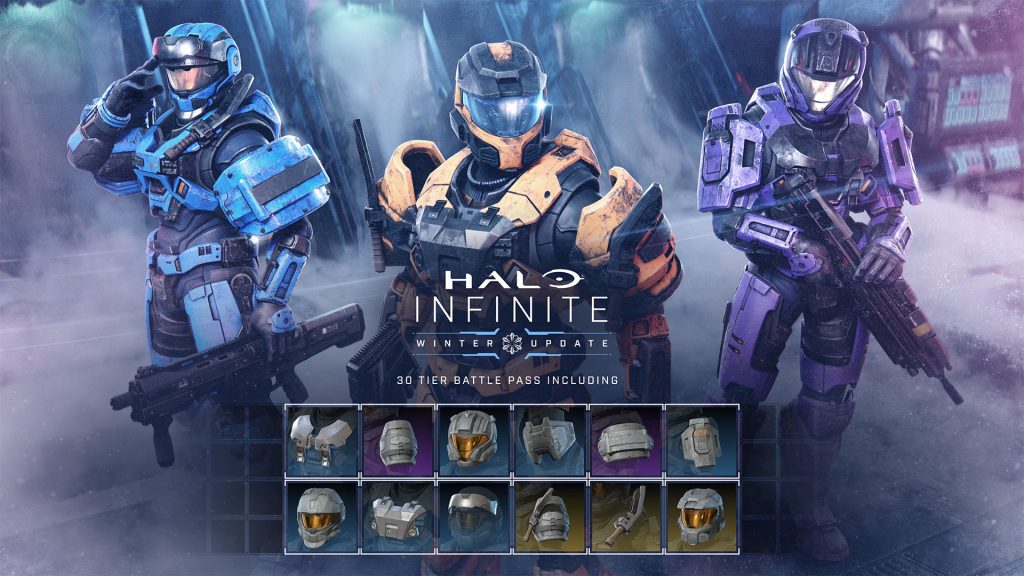 That’s not all, of course. Campaign network co-op is also live and supports crossplay. Progress is shared among all players, from campaign completion and collectibles to Spartan Cores. Solo players have Mission Replay for re-experiencing any completed missions, and there are 24 new Achievements to work towards.

As for Forge, it launches with six new canvas maps, lighting and audio tools, support for bots, file sharing, and much more. If that weren’t enough, Match XP has also been added, allowing players to earn XP from completing matches (with conditions like win/lose, position at the end, and so on for more XP). Challenges will also be overhauled, providing a bonus boost to XP but focused on the Ultimate Reward.

For more details on the Winter Update, check out the Halo Waypoint blog.