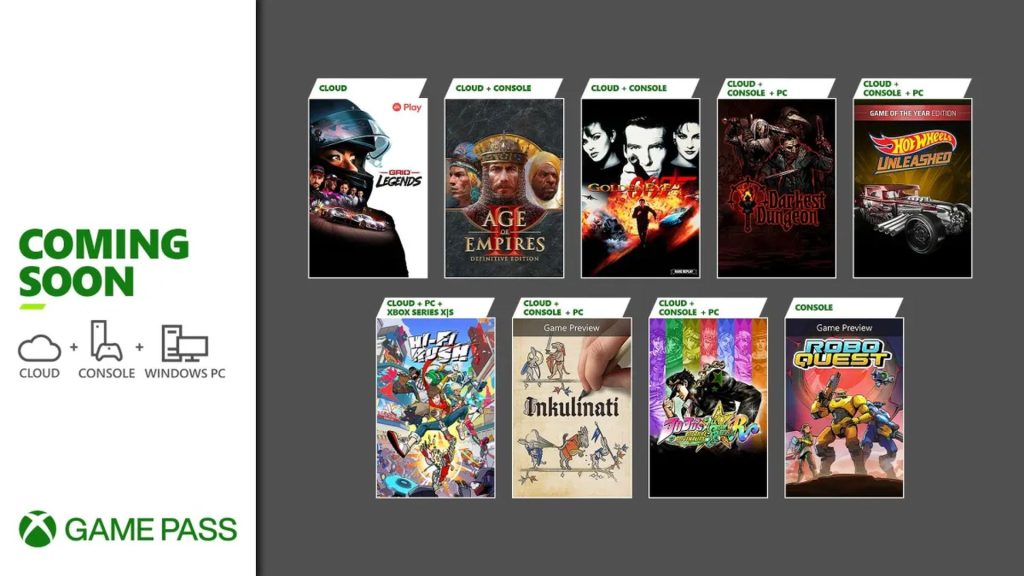 Following its reveal and stealth drop yesterday, Tango Gameworks’ Hi-Fi Rush is now available for Xbox Series X/S, PC and cloud. It’s also playable on Game Pass as part of the second wave of releases. Microsoft has outlined other titles coming to the service, including GoldenEye 007 on January 27th for cloud and consoles and Roboquest on January 30th for consoles (via Game Preview).

Age of Empires 2: Definitive Edition and Inkulinati go live on January 31st, though the latter is launching via Game Preview. Those looking for more action can check out JoJo’s Bizarre Adventure All-Star Battle R for consoles, cloud and PC on the same day.

February 2nd marks the arrival of Darkest Dungeon, the punishing rogue-like turn-based RPG, which will be playable on consoles, cloud and PC. Codemasters’ GRID Legends is out on the same day via the cloud on EA Play, while Hot Wheels Unleashed – Game of the Year Edition arrives on February 7th for consoles, cloud and PC.

In addition, these four titles will be leaving the service on January 31st. Play them now while you can: