One of Eidos’ most enduring properties is Hitman. Starring the hairless Agent 47, the Hitman series of games made a name for themselves back in the PS2 days with their rather unique approach to stealth, mixed in with some rather brutal violence, implicit and explicit. And while the series has slipped in and out of limelight over the years, last fall’s Hitman Absolution brought the games squarely back into public consciousness, earning itself quite a few accolades along the way. Now, to celebrate the storied history of Agent 47’s earliest days, Square Enix brings us the Hitman HD Trilogy, which includes Hitman 2: Silent Assassin, Hitman: Contracts, and Hitman: Blood Money. The first game is missing (it always is from Hitman collections); probably because it was PC exclusive while all subsequent games were on consoles as well. In any case, it was rather different from the rest of the series, and not even as good, so its exclusion does not matter all that much.

So let’s look at what we do get here: three rather excellent, if a bit dated, stealth games that are still unique, if only because of their approach that surprisingly has not yet been emulated or copied by any other game on the market. The games are, quite literally, the exact same games as they were on the PS2 and Xbox; the graphics seem to have been given a nice layer of minimal HD polish (only 720p is supported), but there don’t seem to be any other graphical enhancements added. 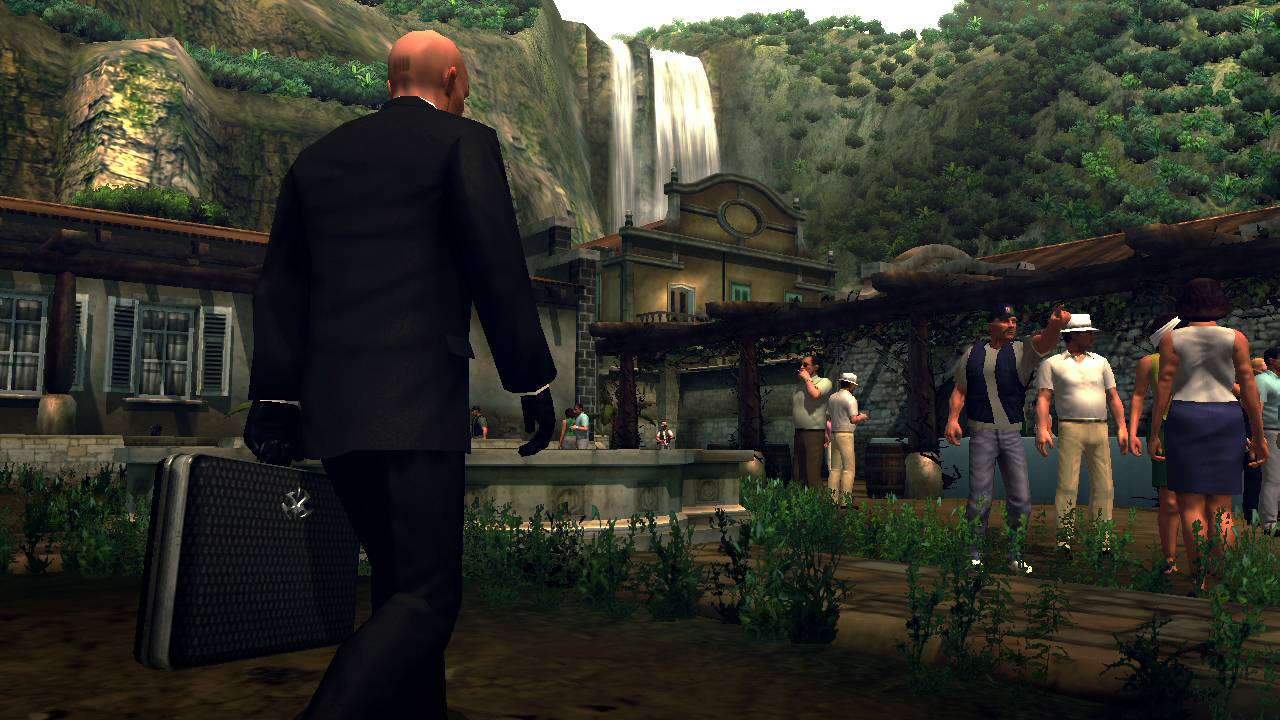 It does get a little jarring: the problem with the games is in their visual style, which strove for the gritty, realistic look that some unspoken law of gaming mandates all ‘mature’ games need to sport. Blood Money, being the most recent game (also released on the Xbox 360), fares the best of course, but Hitman 2 and Contracts can get to be eyesores at their very worst. The HD actually serves to make matters worse, in that it seems to almost highlight the graphical flaws of the games. It is at times like these that you find yourself wishing that the developers had put in just a little more effort into bringing these games up to modern standards, visually speaking.

Of course, assuming you can bring yourself to look past all these graphical blemishes, all of this soon stops mattering, because in spite of their age, the three games included in this package have held up stunningly well, mechanically at least. All three games engage you, albeit not immediately, and pull you in with their unforgiving blend of stealth and covert action. Hitman 2, surprisingly enough, holds up incredibly well, especially considering its age, and it seems to be brimming with ideas, and with a laser sharp focus on its mechanics. 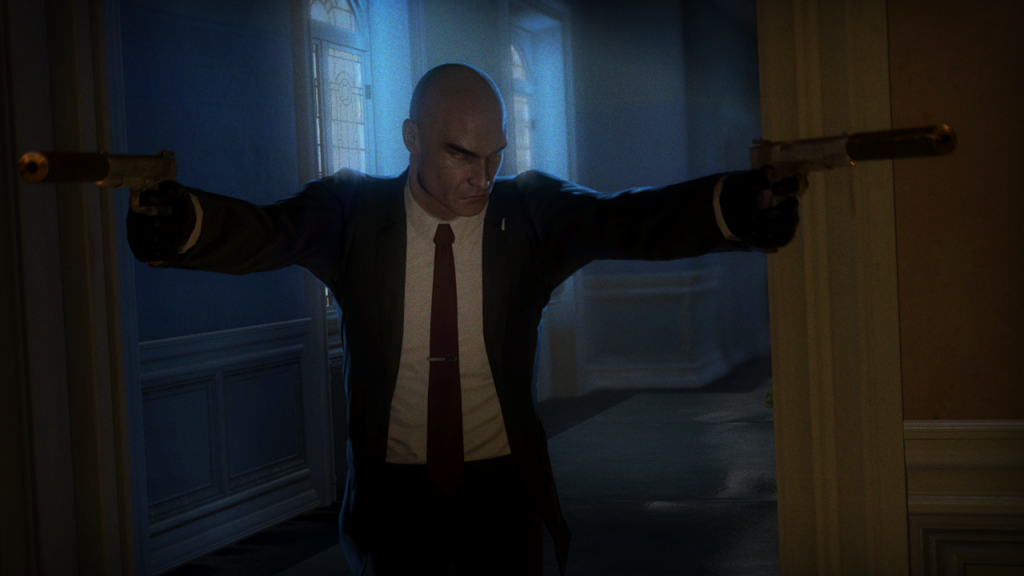 Blood Money and Contracts hold up similarly well, with more varied locales and mission objectives, as they expand on the framework that Silent Assassin so expertly laid down. They are slightly more modern games, with more consistent difficulty curves, and in general just coming together better than Silent Assassin did. Really, where Hitman 2 is mostly probably a great blast from the past for fans of the series and not much else, the other two games age well enough that even someone with no prior experience with the series can play them and appreciate them. And while said newcomer will probably not be the biggest convert to the series after playing these HD remasters of Contracts and Blood Money (for that, I still advise said newcomer to play Absolution), he or she will still get intrigued enough.

Ultimately, any discussion about the Hitman HD Trilogy comes down to a discussion of the games included in the collection and how well they hold up. The HD collection basically does nothing more than collect all three games, uprez them to 720p, and then bundle them with some customary Achievements/Trophies support thrown in as well. It’s as if the entire purpose of the collection is to draw attention away from itself and to the games themselves. To that end, fans of the series who have already played these games to death perhaps won’t appreciate the HD Trilogy all that much, especially considering that beyond the inclusion of the Sniper Challenge mode from Absolution, there really isn’t much here for them. However, for newcomers to the series, or for those who have always been interested in the games, the collection does serve as more than just a historical curiosity, showcasing, as it does, three well made games that aged pretty well. It’s just a shame that what should have been a proper celebration of the games ultimately comes off as so barebones. Regardless, the quality of the three core games will probably ensure that any investment made in these titles will ultimately pay off, at least for the more patient gamer.

Fundamentally, the three games are still brilliant, and that is what works so well in their favor; the Collection includes the Sniper Challenge mode from Absolution

The Trilogy HD Collection is literally just the three games uprezzed to HD minimally (there is no 1080p support), with no added enhancements; the games may not have aged all that well depending on where you stand; for the Hitman fan, the Collection comes off as a missed opportunity

Final Verdict:
GOOD
Ultimately, while the Collection itself is a bit of a missed opportunity as a celebration of Hitman, the quality of the three titles included ensures that any investment in this collection will be worthwhile
A copy of this game was provided by Developer/Publisher/Distributor/PR Agency for review purposes. Click here to know more about our Reviews Policy.