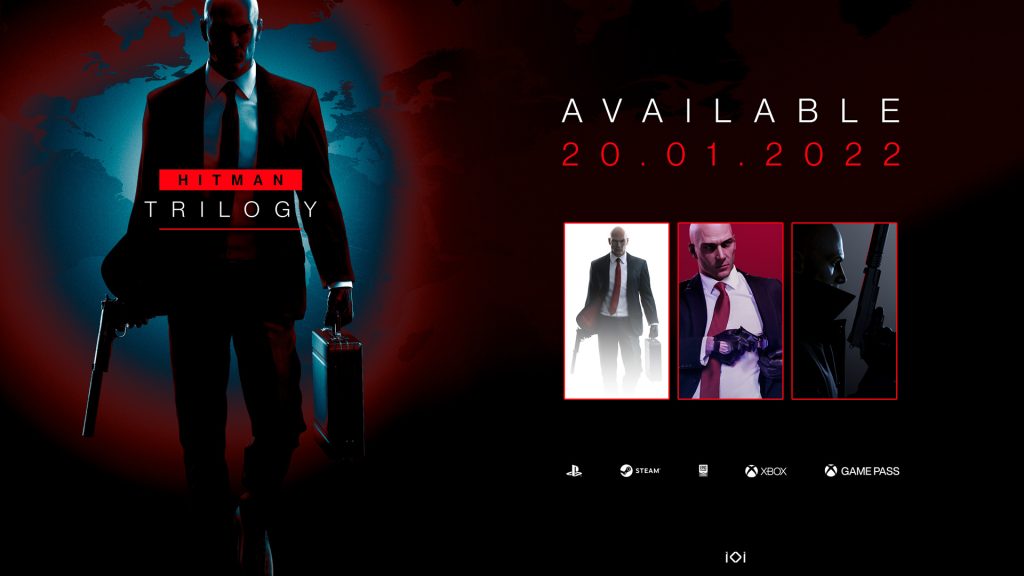 In its Year 2 reveal for Hitman 3, IO Interactive outlined its plans for World of Assassination fans in the coming months. First off is the release of the Hitman Trilogy on January 20th for PS4, Xbox One, Xbox Series X/S, PS5, and PC. It collects Hitman, Hitman 2 and Hitman 3 into package, and will also be available for Xbox Game Pass along with Steam and the Epic Games Store.

Hitman 3 PC players on Steam will have access to new upcoming improvements like Variable Rate Shading, Ray Tracing (more on that later) and XeSS along. Steam Achievements and Trading Cards are also coming while the pre-order bonus Trinity Pack will be available free with all editions for the first 30 days.

But that’s not all. Hitman VR will also be coming to PC on the same day and allows for playing all three titles using PC VR hardware. A gameplay clip by senior game designer Eskil Møhl on Twitter can be seen below, showcasing what one is capable of in VR. More information on supported hardware will be revealed before launch but PC VR will be available for all Hitman 3 owners on January 20th.

For more details on Hitman 3, check out our review here.