The expansion will take Aloy and players to the untamed wilds of Los Angeles, where she pursues a sinister threat. 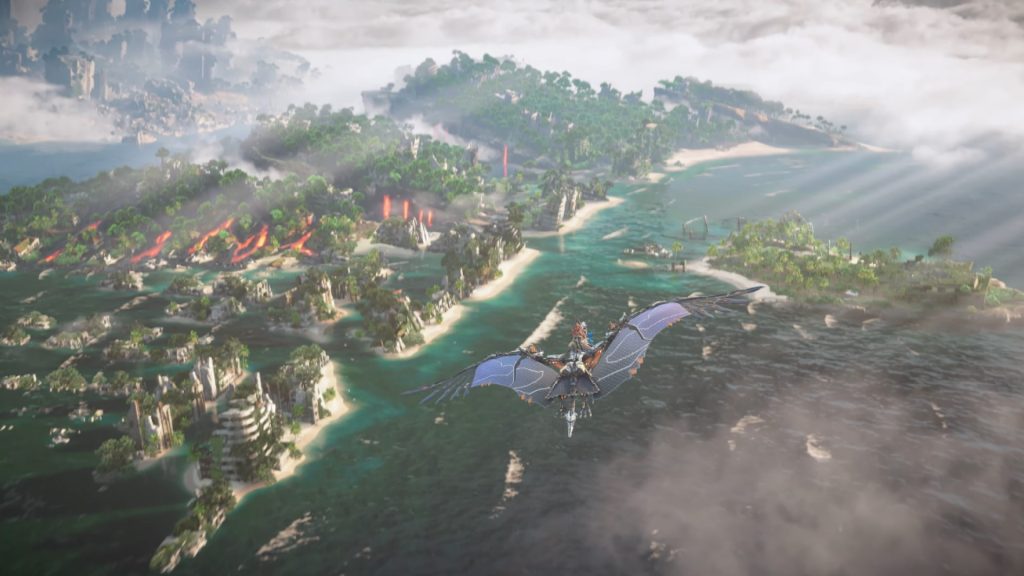 The recent leaks have been proven accurate after all, as many expected. At The Game Awards 2022, Guerrilla Games and Sony took to stage to officially unveil Horizon Forbidden West: Burning Shores, a full-fledged expansion for the open world action RPG that launched for PlayStation earlier this year.

Burning Shores will see Aloy traveling to the untamed wilds of Los Angeles, which is now a treacherous volcanic archipelago, where she’s looking to pursue a “sinister threat”. Those who’ve finished the base game will likely have a decent idea of what that threat it.

The announcement trailer for the expansion showcases some gorgeous environments and locations (including the crumbling remains of the Hollywood sign), and ends with a brief glimpse at what’s looking like a new (and particularly massive) machine- most likely a Metal Devil. Check it out below.

Horizon Forbidden West: Burning Shores is due on April 19, 2023. Read our review of the base game through here.