Unsurprisingly, it looks like Guerrilla Games' open world action RPG is going to require a good chunk of storage space on the PS5. 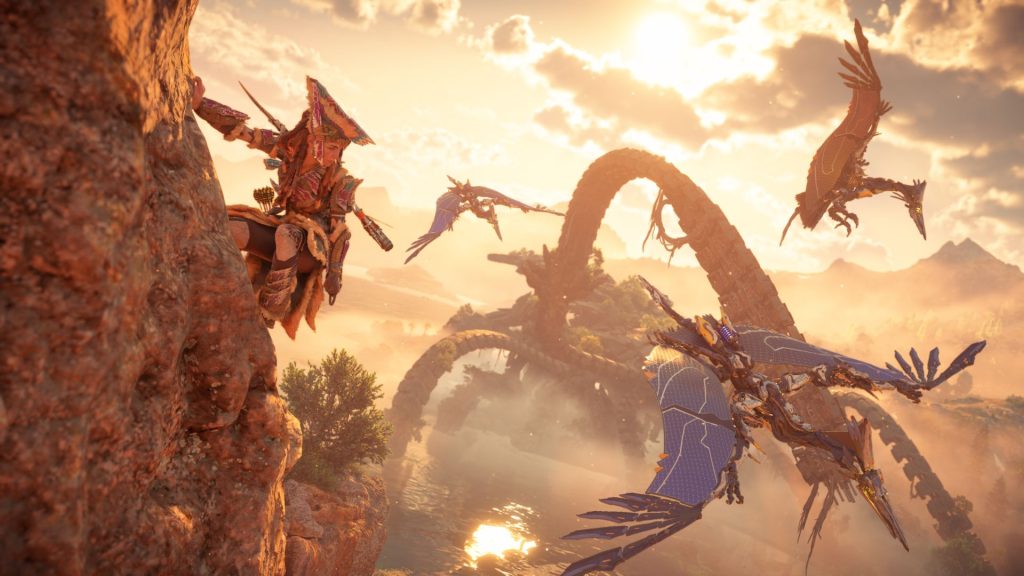 Given how ambitious Horizon Forbidden West is looking not just in terms of its visuals, but also the size and scope of the experience, no one is really expecting it to have a small file size by any means. But it seems like at least on the PS5, it’s going to be bigger than what many would have expected nonetheless.

As per @PlayStationSize over on Twitter, the download size of Horizon Forbidden West on the PS5 without a day one patch is going to be 96.35 GB. The page has, in the past, been largely reliable where download size details for games are concerned, but as the tweet itself points out, games’ sizes on the PlayStation database are sometimes listed as larger than they end up being- besides, with a couple of months still left until launch, this might not exactly be final. Either way, it does look like you’re going to need a sizeable chunk of storage space for this one.

The tweet also states that pre-loads for Horizon Forbidden West will begin on February 11, a week before the game’s launch. There’s no word yet on what the PS4 version’s file size will be, though we’ll likely find out in the days and weeks leading up to release.

Horizon Forbidden West is out for PS5 and PS4 on February 18.