Guerrilla Games' epic sequel looks very good on previous-gen hardware as well. It's out on February 18th 2022 for PS4 and PS5. 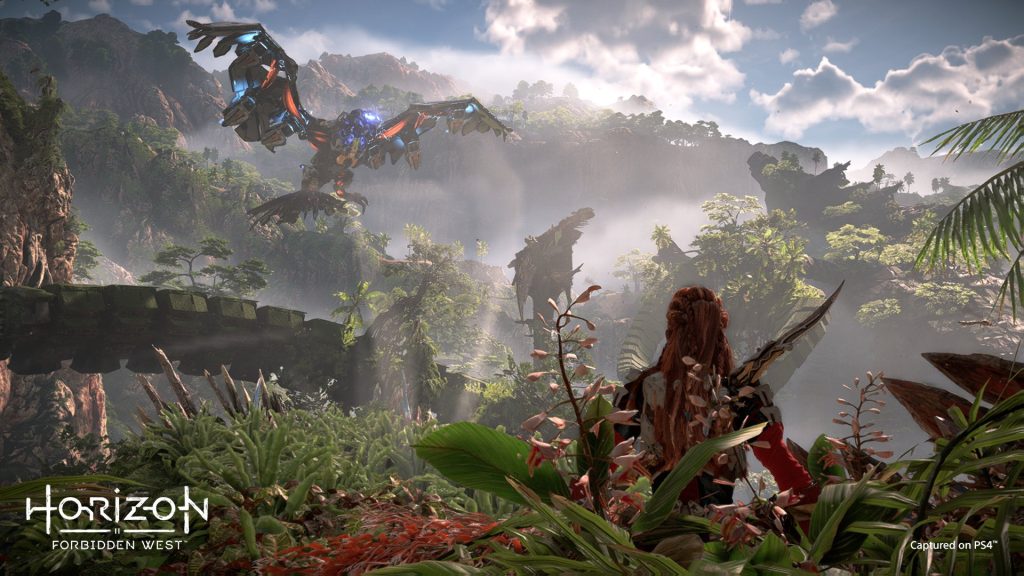 We’ve seen quite a lot of Horizon Forbidden West running on the PlayStation 5. While extensive gameplay of the same has yet to be revealed, Guerrilla Games has released several screenshots of the PS4 version. Check them out below courtesy of the developer’s official Twitter.

There are definitely some drawbacks – Aloy’s hair definitely lacks many of the details seen in the PS5 version – but it’s still incredible how the developer has managed to push the previous-gen hardware. Environments look denser than in Horizon Zero Dawn and the draw distance is nothing to scoff at. Again, we’ll have to wait and see how it performs but this bodes well for PS4 owners.

Horizon Forbidden West is out on February 18th 2022 for PS4 and PS5. It recently received a new trailer showcasing even more of the Machine threats that players will face (including a giant snake) – check that out here. You can also learn more about the improvements to stealth, enemy AI and more here.

We've showed you a lot of footage of #HorizonForbiddenWest on PS5 so far, but the game also looks – and plays – stunning on the PlayStation 4! pic.twitter.com/BuVga90W5L