The picture of the roof is quite detailed. 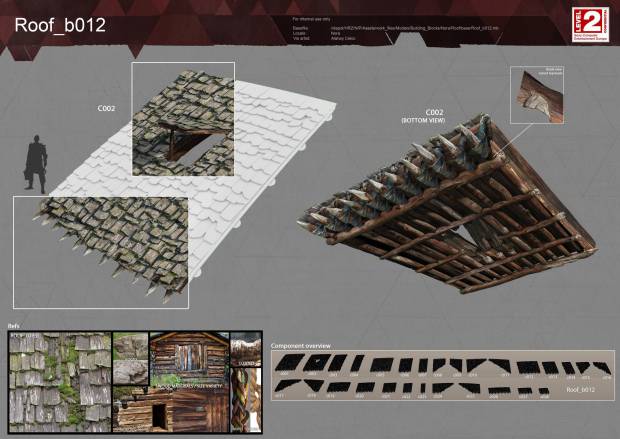 Horizon: Zero Dawn Art Director Maarten van der Gaag recently spoke at a panel during GDC 2016 that was focusing mostly on the art assets for the game, as well as other titles the company has developed. Along with that talk was a kind of gift in the form of a picture of one of the roofs. The picture shows an interesting level of detail that’s being put into the most mundane of objects when it comes to this world.

Among the things the director talked about was the fact that Guerrilla Games tends to outsource an awful lot of its asset creation. One of the reasons the company says it does this is because their core business is in making games, not assets. The company also believes when they outsource assets like this, they get some truly high quality assets. Others outside the industry tend to believe outsourcing of assets leads to lower quality but Guerrilla Games has found the opposite to be true.

Among the other things the game’s director talked about was that while they believe outsourcing works best for them, coming up with assets this way can take longer than normal. Obviously, despite the longer wait at times, the result is quite good looking, as witnessed by the picture here and screenshots that have been released. Horizon: Zero Dawn doesn’t have an official release date yet but it’s expected exclusively for the PS4 later this year.