More rumblings of a PC port for the 2017 open world title.

There have been rumblings about a PC port of Horizon: Zero Dawn for a while now, and it wasn’t too long ago that noted journalist Jason Schreier reported that the Guerrilla Games-developed open world action-RPG was indeed headed to PC. And though Sony has yet to say anything about the reports one way or another, another recent development points to the port happening soon.

A listing for Horizon: Zero Dawn for PC has popped up on Amazon France. No release date is mentioned, but you can take a look at a screencap of the listing below, before it gets inevitably taken down. Retailer listings are by no means official confirmation, but they do often precede official announcements in many cases, especially when it comes to major retailers like Amazon. With Horizon: Zero Dawn’s three year anniversary coming up in two days’ time, one has to wonder whether an announcement from Sony isn’t too far away.

It’s also likely that Horizon: Zero Dawn won’t be the only Sony first party title to be ported over to PC. Questions about whether Media Molecule’s recently released Dreams will also jump platforms have been asked quite frequently, and the developers themselves don’t seem opposed to the idea. 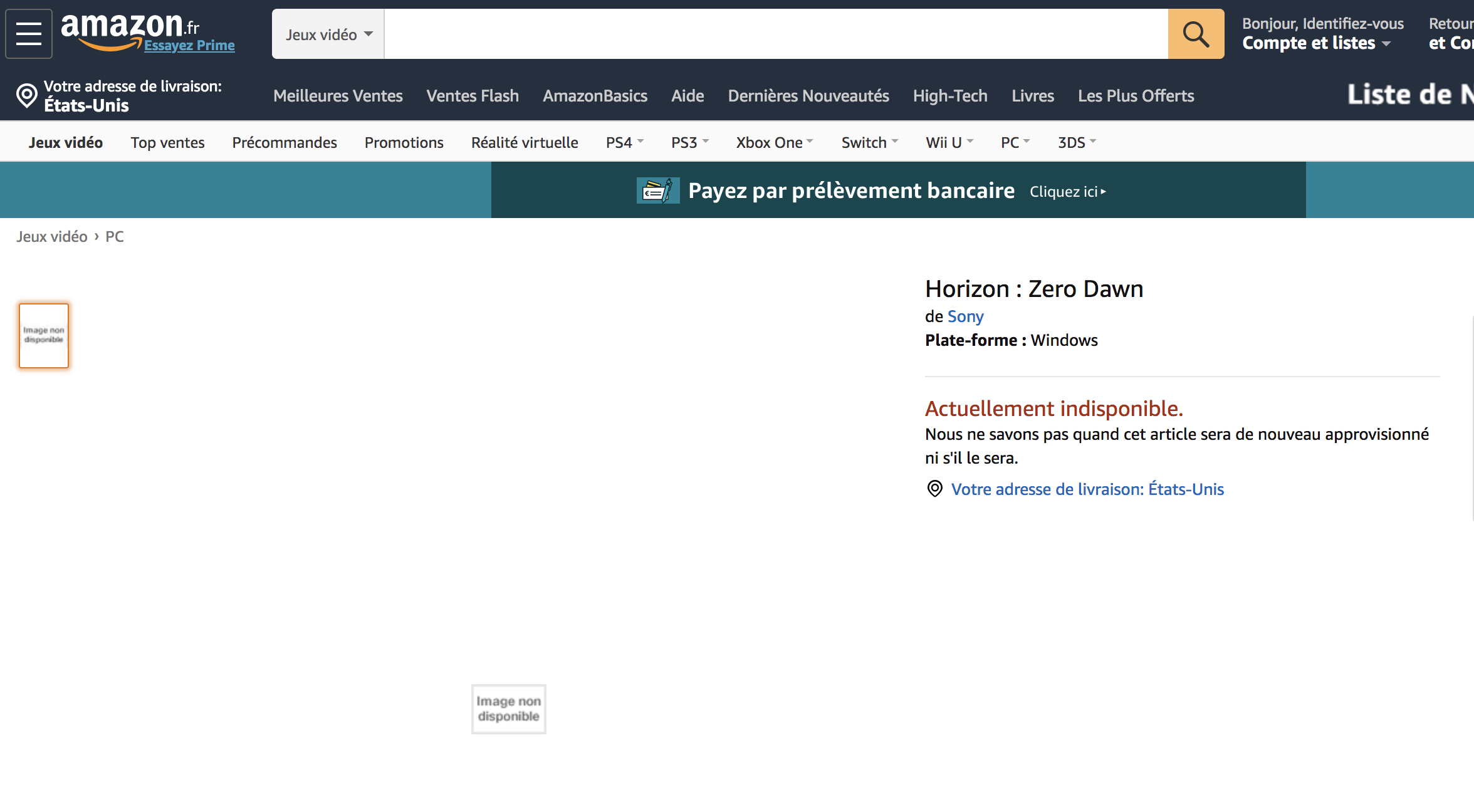